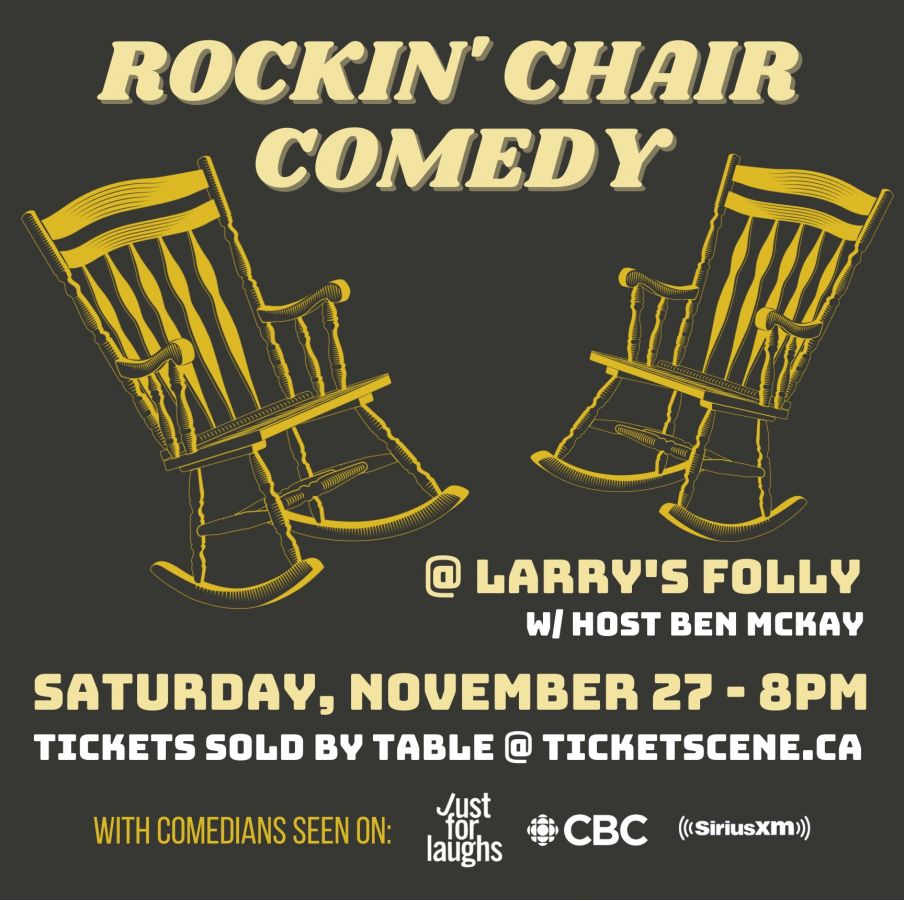 Rockin' Chair Comedy is back Saturday November 27th for another hilarious night of Stand Up Comedy at Larry's Folly!

Adam Christie is an award-winning stand-up comedian and writer who has worked on many acclaimed television shows such as Schitt's Creek, Baroness Von Sketch Show, and This Hour Has 22 Minutes, and has taped gala performances for both the Just for Laughs comedy festival, and the Halifax Comedy Festival. He is most noted for his 2019 comedy album General Anxiety Disorder, which received a Juno Award nomination for Comedy Album of the Year at the Juno Awards of 2020.

Tickets for this event are sold as tables. For larger group reservations text or call 519-998-3112.