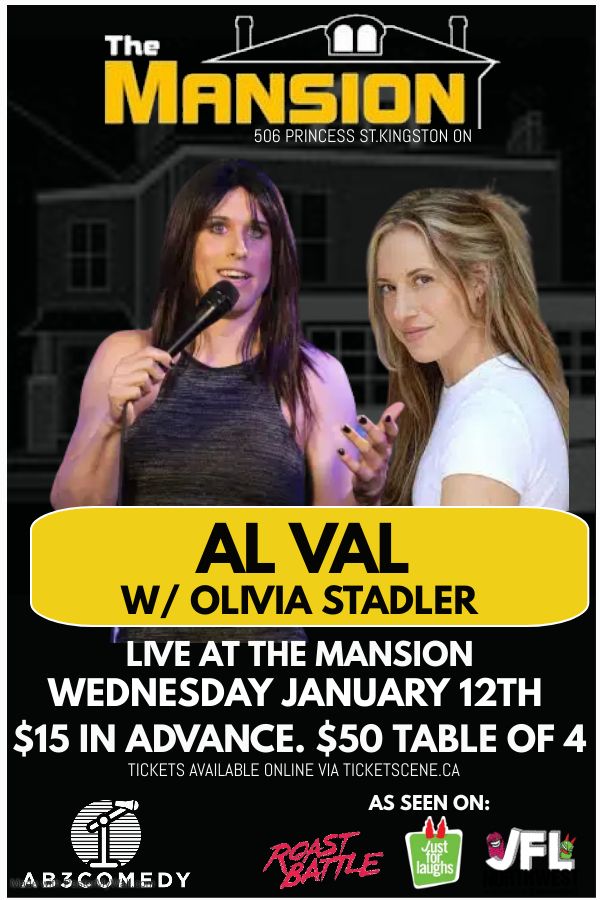 Come out for a night of food, drinks and comedy featuring 2 of Canada's top rising comedians.

About Al Val
Al Val is a comedian, actor, writer and musician who has appeared on programs for CBC, One, OutTV, MTV, and YTV. Al has built a respectable following through her unique and vulnerable yet imaginative brand of standup comedy headlining shows all across North America. Despite the pandemic, Al Val has enjoyed a meteoric rise in the Canadian comedy scene. In the three short years since Al came out as trans she has made appearances at Just For Laughs, JFL NorthWest, Off-JFL/Zoofest, and has taped stand-up sets for CBC Gem (""New Wave of Standup"") and Crave TV (""The Stand-Up Show with Jon Dore"").

About Olivia Stadler
Olivia Stadler is a comedian and TV writer. She currently writes on the award-winning CRAVE original show Letterkenny. Olivia was nominated for Breakout Comic of the year in 2020, just two years after she was nominated for Newcomer Comic of the year in 2018. She has performed at the Just for Laughs 42 festival and most recently can be seen on Roast Battle Canada.