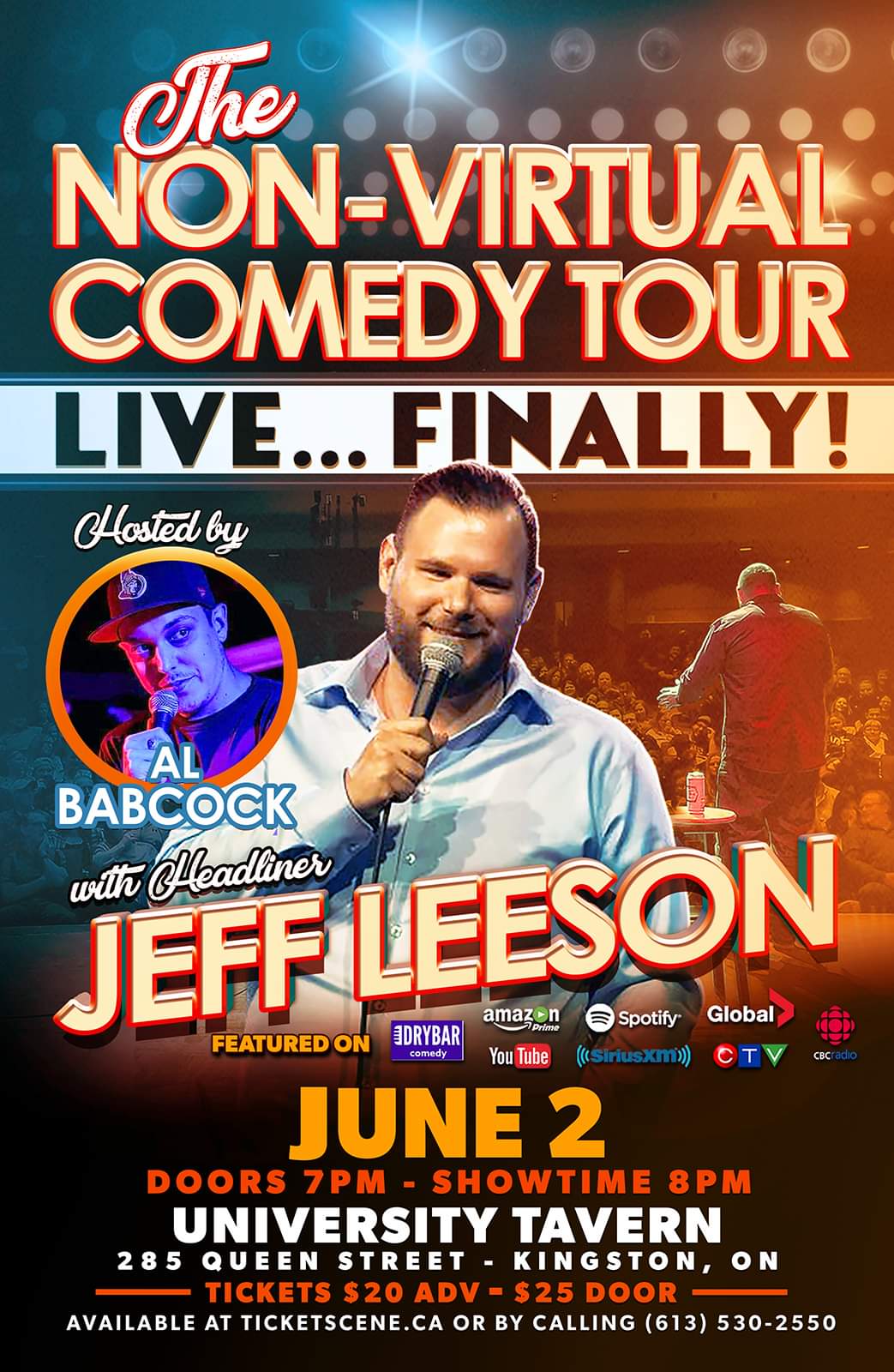 Come out for a night of food, drinks and laughs with one of Canadas best and most unique Comedians Jeff Leeson.

For over 20 years Jeff Leeson has been astonishing crowds across North America with his off the cuff, improvisational style that leaves crowds not only wanting more, but amazed at what they just witnessed. Being described as a human fireworks display, Jeff uses his surroundings and people in front of him to create one of the most unique and personal shows you will ever see.

In addition to headlining top comedy venues throughout North America, Jeff’s comedy has been featured on Sirius/XM radio, The Bob & Tom Show, Spotify, iTunes and he has 2 hour long comedy specials on Amazon Prime.

Tickets
Available Via Ticketscene or by calling University Tavern
$20 each in advance. $25 at the door.