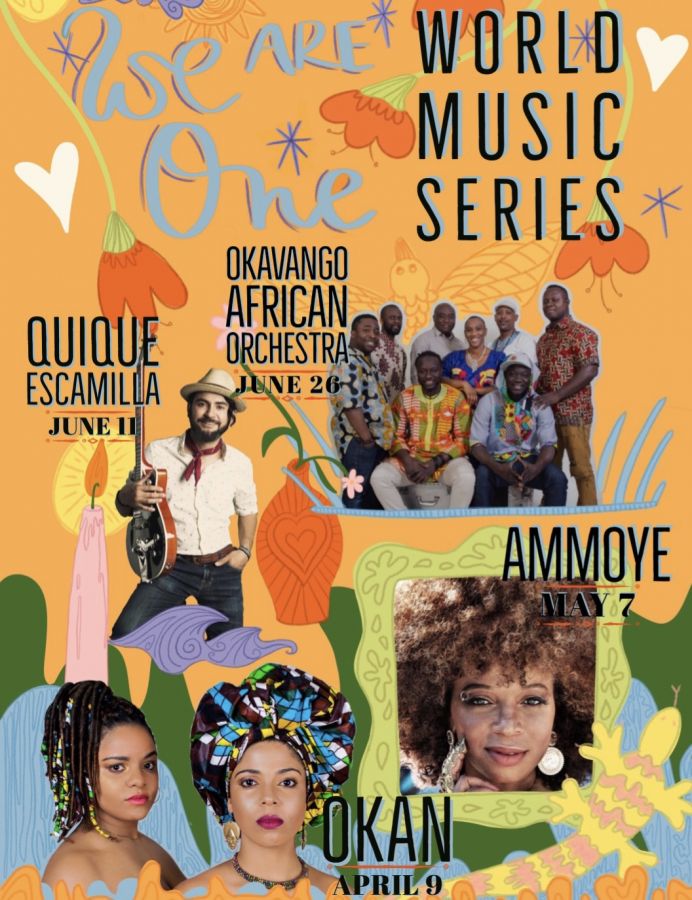 Ammoye in Concert- We Are One World Music Series

Ammoye is an infectious vocalist raised in reggae. Originally from Clarendon, Jamaica, now residing in Toronto, Canada, this 5X Juno Award Nominee engages and captivates with catchy melodies, a buttery voice, a stunning range, and an insatiable character.
Ammoye’s upcoming album, “Water” is a collection of songs that offers a unique mix of reggae. She is easily cast as one of Canada’s best reggae and fusion vocalists and considered by many music tastemakers as Canadian reggae’s “Next Big Thing”. This 13 - track LP features productions from Natural High out of Jamaica, Toronto’s own DJ Agile, The Senior Allstars from Germany, Thomas Blondet from Brooklyn New York, Adian Hanson Donsome of Donsome Records from New York & Also from Toronto Danny Maestro and others who represent the best talents in their respective fields. This turn of the decade LP, “Water” released in Fall 2021, has garnered international attention. Ammoye has appeared on stage at major festivals and shows, sharing l the stage with reggae greats Ziggy Marley, Freddie McGregor, Chronixx, Romain Virgo, Beenie Man, Sean Paul, Chris Martin, Tarrus Riley, Barrington Levy and Exco Levi just to name a few. She has been invited to perform around the world, including in 2019, on behalf of Canada, as an independent artist at The Grammy Showcase during Grammy week in Los Angeles, and was invited to showcase at urban music's legendary New Skool Rules Music Festival in Rotterdam Netherlands. More recently, Ammoye was asked to represent at the 2021 Juno opening night awards, presented by Music Canada, making history for Reggae music performing alongside Kirk Diamond and Tome on Canada’s biggest night in music. On the release of Ammoye’s new album, Water, it garnered consideration from the Academy Awards for a Grammy nomination.

Ammoye is without question one of the most dynamic and compelling female Canadian performers on the scene right now, and is at the forefront of the modern connection between Jamaica, Toronto, and the world.

Ammoye in Concert- We Are One World Music Series