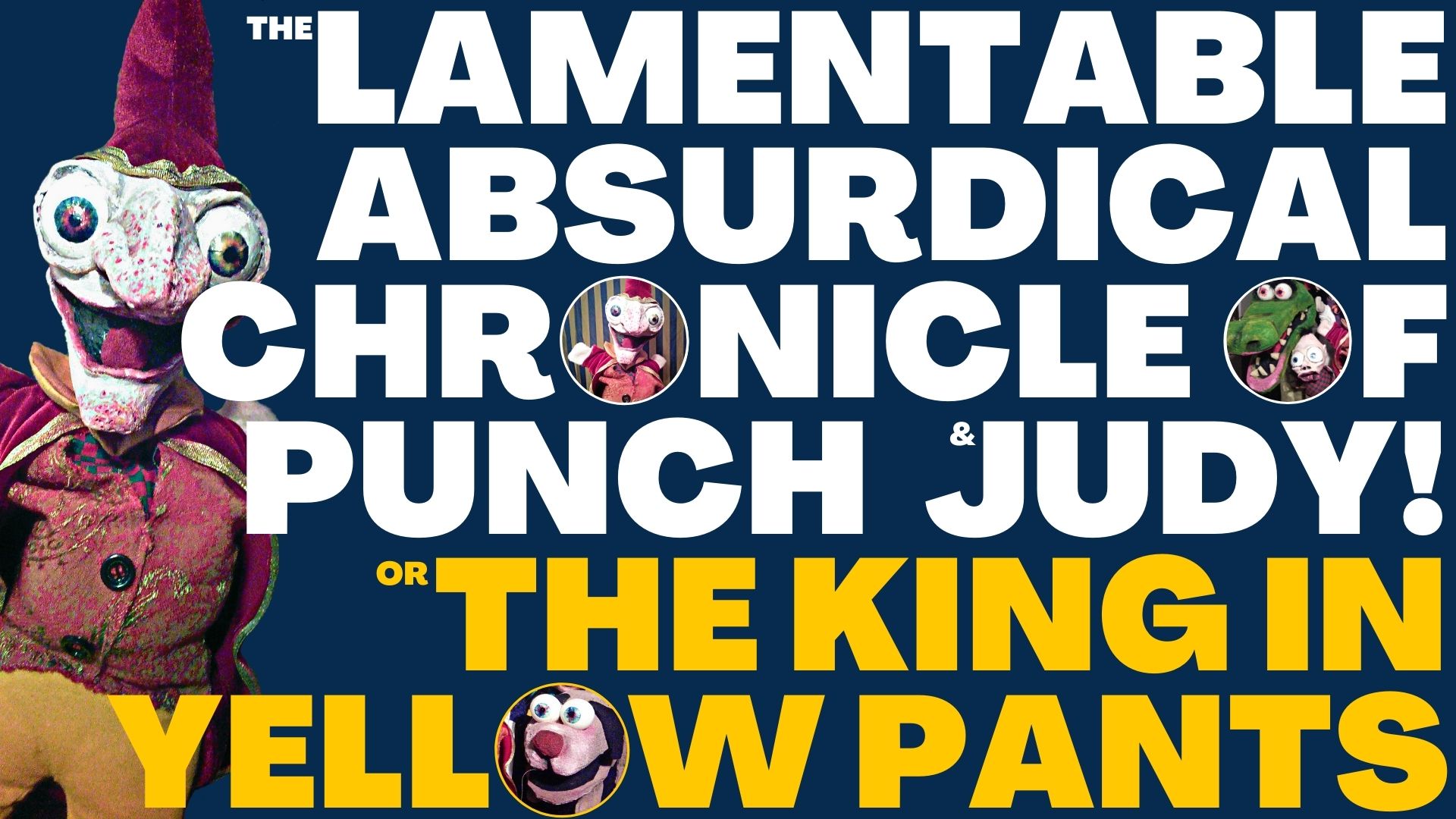 The King in Yellow Pants

For One Night Only!
Eldritch Theatre will join in the world wide celebrations of the 360th

Anniversary of the first Punch & Judy Show, by presenting Professor Eric Woolfe’s contemporaneously traditional and immemorially
modern version on the classic tale of a squeaky voiced scoundrel who murders his way through a panoply of pugnacious puppets.

The Lamentable, Absurdical Chronicle of Punch & Judy or The King in Yellow Pants is a paean to chaos
and bedlam. It has been referred to as the Puppeteer's Hamlet, the First Work of Absurdist theatre, and
a disgustingly immoral hodgepodge of gratuitous violence that should never be performed for children...
In spite of the fact that it is frequently performed for children. Like Commedia dell'Arte on which it is
based, it relies heavily on improvisation, the personality of the individual performer, and a strong dose of
social satire. In this sense, Punch & Judy is a timeless piece, reflecting both the current world and the
follies of the past.

The performance will be accompanied by Prof Woolfe’s lecture, Punch & Judy: What the Hell?, which
contextualizes the play and its place in the history of theatre, and with a mind bending selection of old
time street magic, which might have shared the street corner with the Punch and Judy Show in centuries
long since passed.