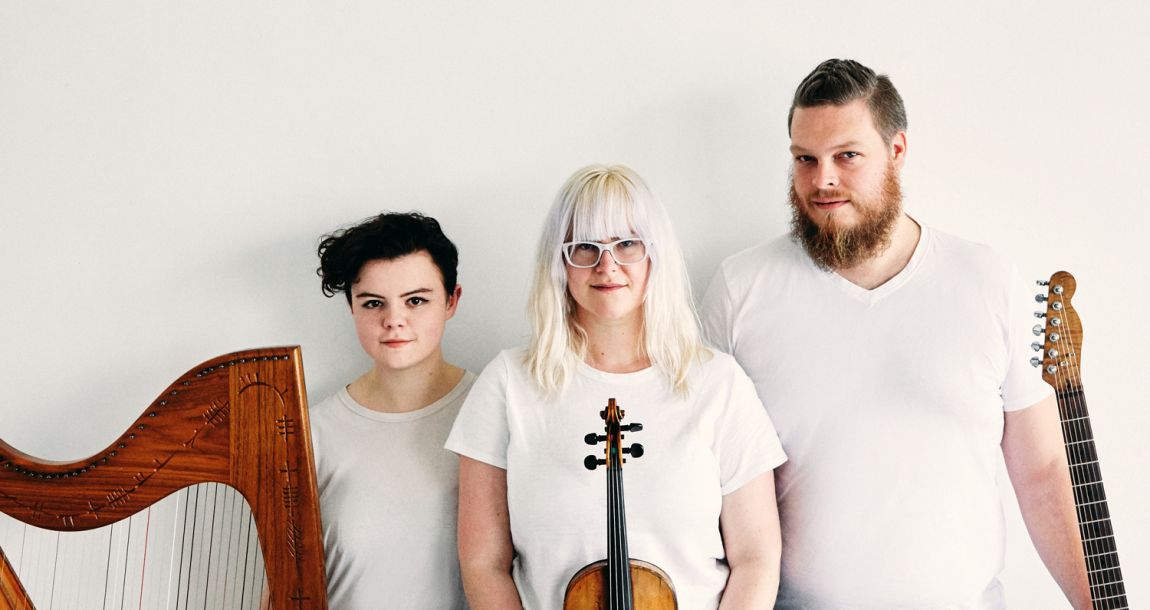 JUNO nominated neo-folk group Aerialists take a distinctive hybrid approach to folk tradition, combining deep roots in Scottish Gaelic, Norwegian, and Irish folk music with a unique post rock bent. Their third release, 2020's Dear Sienna, digs deeper into their distinctive prog-trad sound, inviting collaborators from Brooklyn to Gothenburg. The album took home a Canadian Folk Music Award for Pushing The Boundaries, and garnered a nomination for Roots Artist of the Year from the Western Canadian Music Awards. Aerialists are ethereal yet precise, technical yet visceral, and every song feels like a new beginning. With Dear Sienna, the band has created a love letter to those who have come before us, and those who will come after.

Aerialists was formed when Adam Iredale-Gray (guitar), Elise Boeur (fiddle) & Màiri Chaimbeul (harp) were studying at Berklee College of Music. Each player had a unique musical background - Boeur had completed an intensive study in folk music at a Norwegian college, Chaimbeul had established herself as an acclaimed Scottish harpist steeped in the Gaelic tradition, and Iredale-Gray had spent years touring North America with acclaimed folk band Fish & Bird. The project became their musical meeting point, where each was able to synthesize their influences into an entirely unique whole.