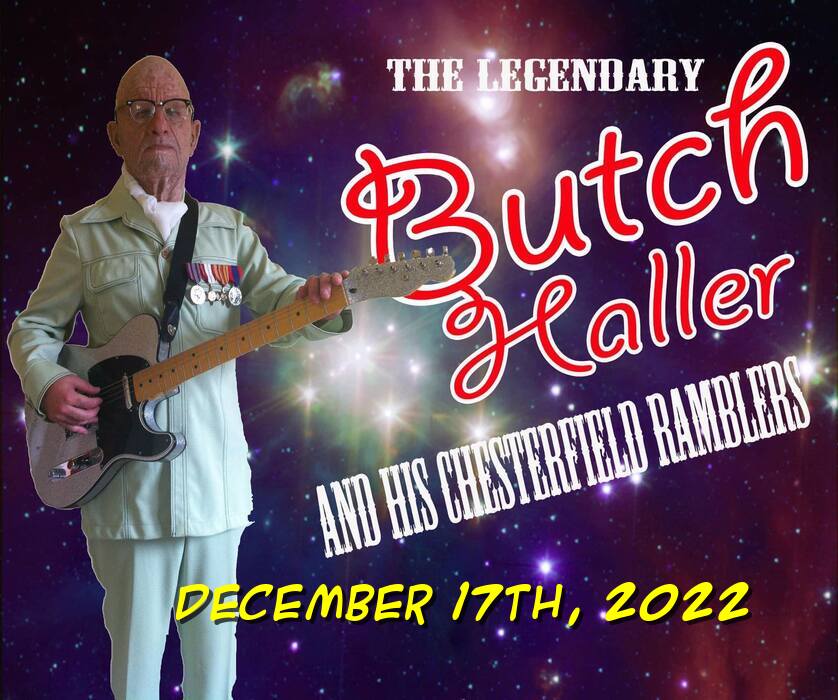 Butch Haller is a 97-year-old war vet that claims he's written every song you've ever heard and that those songs have been stolen from him.
Everything you hear on the radio today started in the mind of one man "Butch Haller" (or so he claims). Everyone from Lady Gaga to Led Zep at one time in their careers have somehow pulled hits out of Butch's catalogue and released as their own. Butch claims that all of those songs were his and he is now (at the end of his life) traveling the globe reclaiming what is "rightfully" his by playing them in their "original form" country/rockabilly twang!

Songs from the 80's to current, all aspects of pop music from the 60 decades... all done country like you've never heard them before!!

1. No refunds unless event is canceled