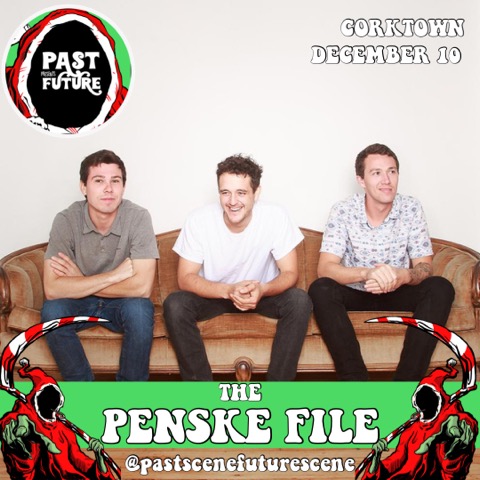 “The title is a play on Dickens, but sums up exactly what our mission is; to help develop and elevate the next generation of musicians and performers. We’re the past, and here’s the future of the 905 music scene.”

With PAST PRESENTS FUTURE Rispin and Bye hope to help build a curated infrastructure and supportive music community that unites legacy acts from the 905 music scene with the next generation of current emerging artists from Hamilton, Burlington and beyond.

Conceived by Ben Rispin (The Saint Alvia Cartel, Burly Calling, Club Absinthe) as well as long time collaborator, local music scene stalwart and club promoter Jesse Bye (Pound Promotions, Burly Calling, Club Absinthe) after the Covid 19 pandemic put a stop to their 13 Year passion project, Burly Calling. Burly Calling was a multi-day, multi genre, pub crawl which became known as a tastemaker event often curating the next up and coming talent from the 905 music and comedy scenes. Renowned acts like Walk Off The Earth, Monster Truck, Terra Lightfoot, The Saint Alvia Cartel, The Dirty Nil and many more cut and sharpen their teeth at the winter showcase long before the rest of the world would take heed.

“I started promoting shows in my early teens and I’ve watched this music scene fluctuate and evolve in so many directions over the past 25 years. We get a kick out of being a foot note in so many bands stories. It’s kind of become what we’re known for in our area.” Rispin stated, “However, the younger bands need help getting bigger audiences. We helped a lot of bands when they were coming up, but when they got big, when we booked them post stardom, often there booking agents would force the agency’s developing acts on local show promoters, which in turn stunted the growth of our developing artists.”