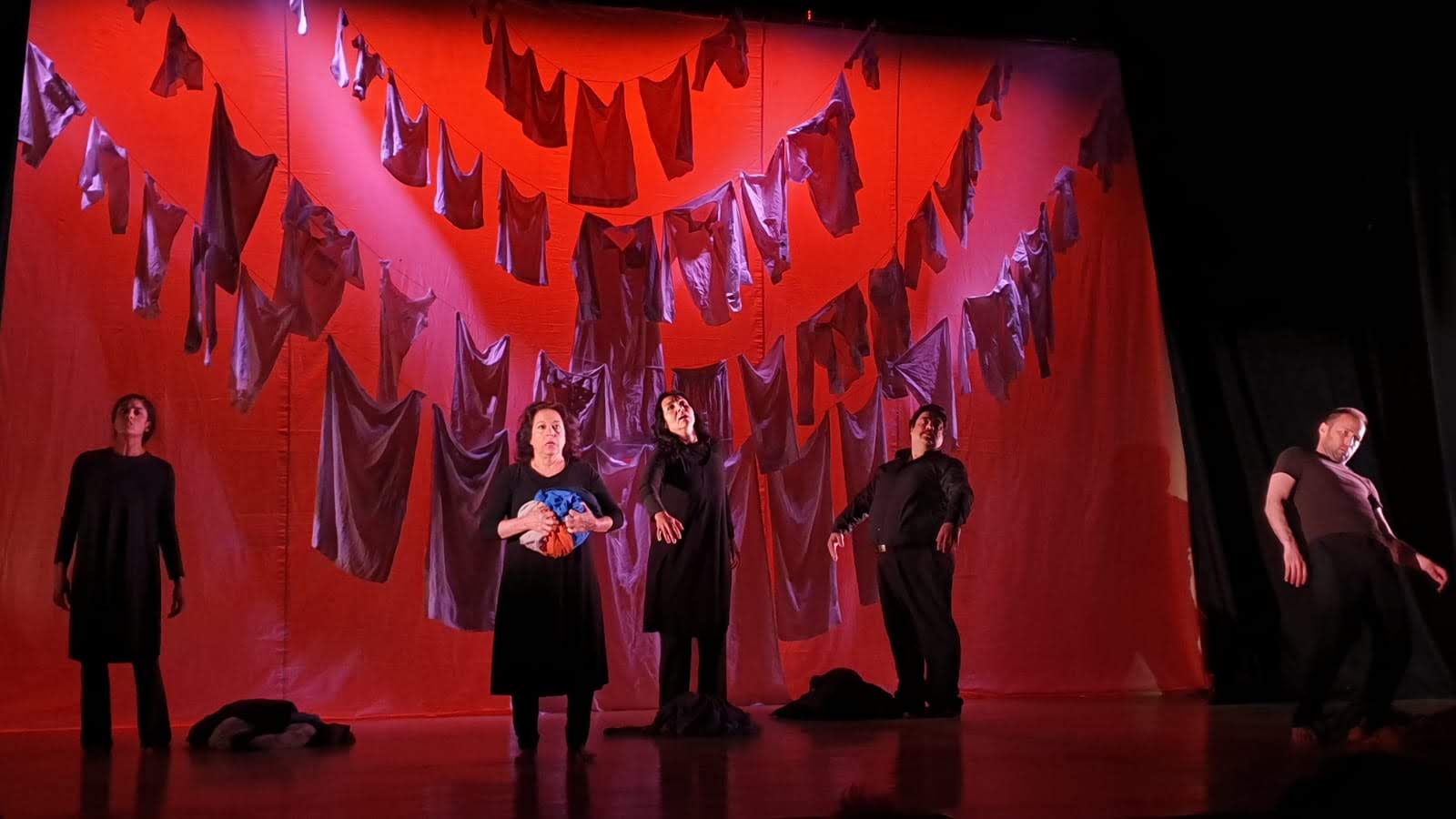 The Last 15 Seconds in Honour of Majdi Bou-Matar

MT Space will present their milestone production, The Last 15 Seconds, at The Registry Theatre, one last time on December 1st, in honour of the late director and founder of the company, Majdi Bou-Matar. After touring nationally and internationally for over a decade, this final performance will be a fundraiser to establish a bursary dedicated to launching and supporting the careers of newcomer, immigrant and emerging artists.

The Last 15 Seconds premiered in 2009 and explores the topic of terrorism starting with the tragic death of Syrian-American filmmaker, Mustapha Akkad, and his daughter Rima during a series of co-ordinated attacks that hit three prominent hotels in the Jordanian capital Amman in 2005.
Akkad is the director of two major films both starring Anthony Quinn, The Message: The Story of Islam (1976) and Lion of the Desert (1982). Akkad saw these films as a way to bridge the gap between the Western and Islamic worlds. He was also the producer of the Halloween horror film franchise. The Last 15 Seconds constructs an imagined physical and verbal dialogue between Mustapha Akkad and Rawad Jassem Mohammad Abed, the suicide bomber who carried out the explosion that killed Akkad. The work also looks at the imagined lives and memories of both
the victim and his killer at the time of the explosion. It has since toured across Canada and internationally, to Jordan, Syria, Lebanon, Germany, Egypt and Morocco.

The performance of The Last 15 Seconds on December 1 st , 2022 coincides with a Giving Tuesday campaign that MT Space is launching this month to raise funds to establish a bursary in Majdi Bou-Matar’s name. This bursary will be dedicated to offering financial support as well as mentorship from MT Space to a newcomer, immigrant, and emerging artist each year. Details of the bursary will roll out in the new year with a goal of naming the first recipient at MT Space’s biennial international festival, IMPACT 23. In the short-term, MT Space is focussed on seeking potential partners, ongoing fundraising efforts, and establishing an endowment fund to secure the longevity of the bursary.

This fundraiser performance include a reception with dinner following the performance. For anyone interested in making an additional contribution to the bursary fund, MT Space is accepting larger contributions through *CanadaHelps* at canadahelps.org/en/charities/mt-space/

Please note: Audience members are asked to wear masks during the performance.

The Last 15 Seconds in Honour of Majdi Bou-Matar