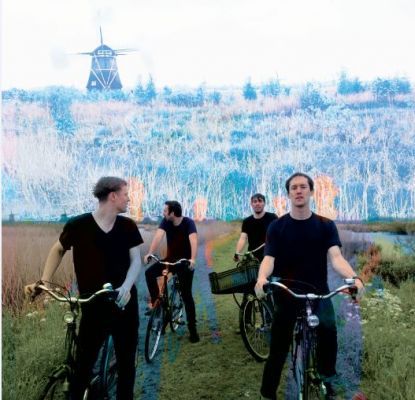 Hollerado with The Zolas

Hollerado is an indie rock band which formed in Manotick, Ontario, Canada in 2007. Since then, the band went far by sharing the stage with hard-rocker Andrew W.K. and Montreal's The Stills and Malajube. They were hand-picked by Jack White to open for his newest group, The Dead Weather. n 2011, the band was nominated for the Best New Group Award at the 2011 Juno Awards. In December 2012, it was announced that Hollerado would be opening for Canadian alternative-rock band Billy Talent on their Dead Silence headline tour in April 2013, alongside Sum41 and Indian Handcrafts. On February 26, 2013, the band released their second LP, White Paint, leading with the single "Pick Me Up". The Zolas is a Canadian indie rock band based in Vancouver, British Columbia. They are signed to Light Organ Records. The core of the band is duo Zachary Gray (vocals/guitar) and Tom Dobrzanski (piano), with other musicians supporting them live and on record. PUP formerly known as Tapanga are a four-piece punk rock band from Toronto. They play riff-heavy, slap-you-in-the-face songs, dripping with energy, unbridled enthusiasm, and probably too many gang vocals.

Hollerado with The Zolas