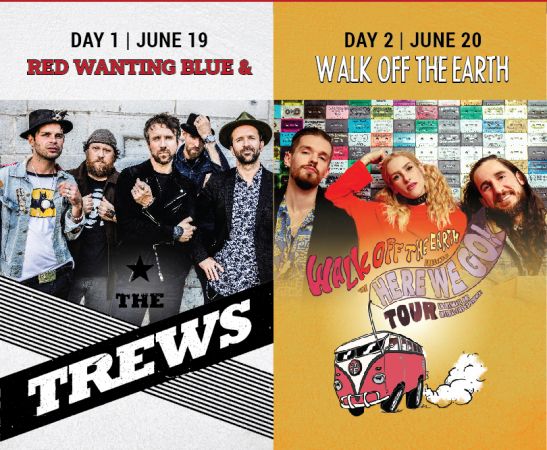 “We are proud to offer our community a new and improved two-day Block Party overlooking the Sarnia Bay at the beautiful Suncor Agora stage in Centennial Park,” said Kathy Alexander, Executive Director – Bluewater Health Foundation. “This fundraising event in support of Mental Health and Addiction Services at Bluewater Health would not be possible without our title sponsor LiUNA. The City of Sarnia continues to be our gracious host and the support we’ve received from the entire community has been instrumental to the success of this multi-year event.”

Last year’s Do It for Sarnia Block Party raised $60,000 in one night and brought to completion Dan Edward’s 4 year, $150,000 campaign for BWHF Mental Health and Addictions. “The popularity of the Block Party and support of LiUNA inspired us to expand it”, said Kathy. Back by popular demand, The Trews and Red Wanting Blue will perform again this year. “We know Sarnia loves these bands just as much as they love Sarnia, so we had to bring them back,” said Kathy. “The addition of the second night allows us to showcase a band that has never played in Sarnia-Lambton before.” Walk Off the Earth has just announced their world tour, and Sarnia is one of the few Canadian stops.

Mike Maitland, LiUNA local 1089 Business Manager, says the organization has a long history of supporting mental health initiatives both at Bluewater Health and in the community. “LiUNA is happy to play a role in bringing these amazing bands to Sarnia and with the proceeds going to Mental Health and Addiction Services at Bluewater Health, it was a natural fit for us”