Bluewater Health Foundation is excited to announce that Canadian rock band The Trews will headline the Block Party on Friday, June 10, 2022 at the Suncor Agora in Centennial Park.

Gates for the all-ages, licensed event open at 7 p.m. 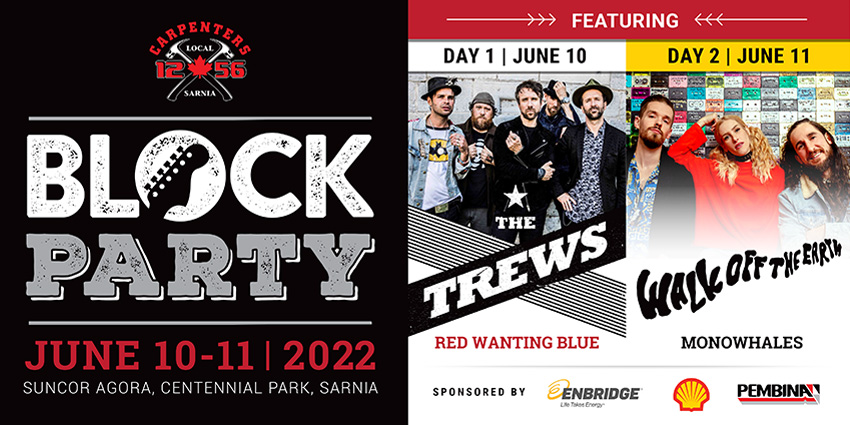