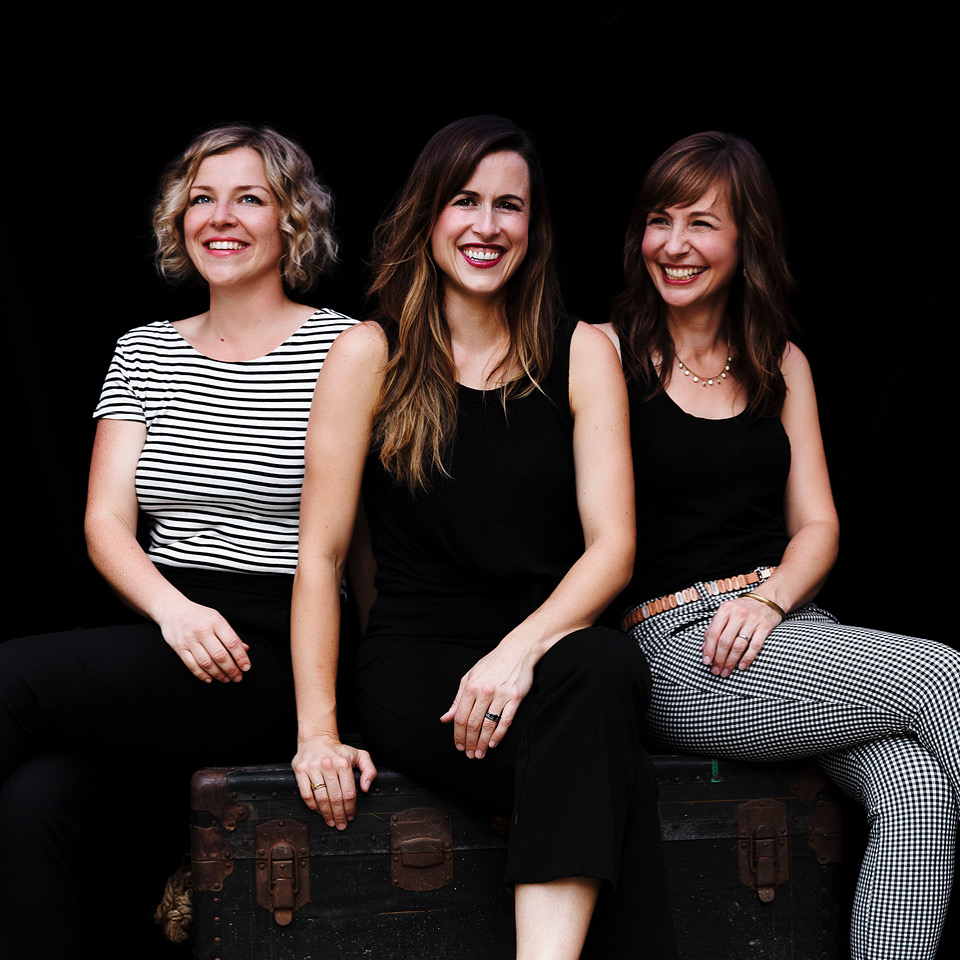 Not to put too fine a point on it, but the Good Lovelies are kind of having their moment.

That’s impressive considering the JUNO Award–winning roots-pop combo of Caroline Brooks, Kerri Ough, and Susan Passmore are more than a decade into a career that has yielded four widely acclaimed studio albums, two Christmas collections (including 2019’s gorgeous Evergreen), two EPs, a live album, and a #1 single (“I See Gold” from 2018’s smash Shapeshifters) plus devoted fans in Europe, Australia, the U.S. and homeland Canada, where performances alongside the Toronto Symphony Orchestra are not unheard of.

The trio is poised to soar even higher in the roaring 2020s on every conceivable front. There’s recording new material and touring, sure, but also tangible green initiatives, a plan to achieve gender parity in the studio, a bold embrace of the digital age, and the release of their “Live Taping Show” from February 2019 which found the Good Lovelies and their five-piece band in peak form before rolling cameras on a gorgeous stage in Huntsville, Ontario.

The talented and hardworking Good Lovelies — guitar-wielding songwriters all, and queens of the goose bump–raising three-part harmony —wear age 13 (they formed in 2006) with grace and ambition. The best really is yet to come.

“Caroline and I have been purging our inboxes lately and have been noting the things that are exactly the same after 13 years of conversation,” Ough says. “‘What do you think of this artwork?’ ‘Do we need more bass on that song?’ It’s hilarious to look back and see the ways we have changed… and the ways we haven’t changed.

“I probably used more exclamation points in 2006,” Ough laughs, “and there are certain things we might have glossed over back then that we wouldn’t anymore. It’s a beautiful business and a beautiful life we have created, rooted in friendship, and I love it all.”

Definitely new for the Good Lovelies and at the top of their current agenda is their 2020 Forest Tour, launching in April and covering multiple Canadian provinces as well as Washington state. For each album or download card sold at these shows, Brooks, Ough, and Passmore will plant two trees in Burk’s Falls, ON, an area dear to the band’s heart.

The campaign launched with great success last winter during their annual Christmas tour, resulting in 2,300 trees being contributed to the forest plan, and is part of a sweeping green scheme touching every part of the Good Lovelies’ business model.

“We have become increasingly conscious of our carbon footprint as a band and it’s challenging because we have to travel for a living,” Brooks says. “Tree planting is a great way to offset emissions.