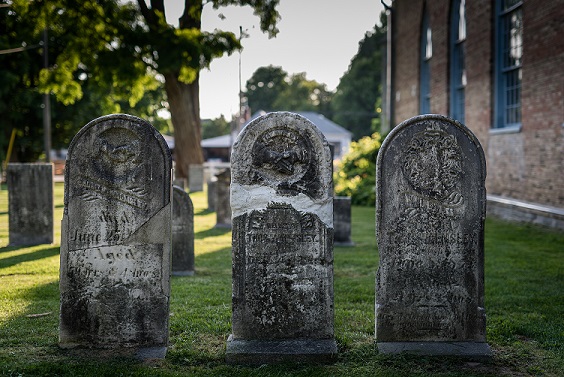 A special edition of the popular Graveyard and Gallows tour!

Alongside an experienced guide, take a candlelit walk around the graveyard at the former St. Mary Magdalene's church. Meet some of the residents, and spot our unusual tombstone once featured in Ripley's Believe or Not.

The tour then makes its way to the nearby Picton Courthouse. Here, while viewing the exercise yards, jail cells and gallows, your guide will tell the story of Peter Lazier's murder in 1883, and the subsequent trial of the two suspects. The tale ends with an infamous double hanging based on what some say was dubious evidence.

Candlelight Graveyard & Gallows Tour will be at Macaulay Heritage Park (Church) in Picton, ON on Friday, October 15, 2021.Doors Open at 6:55PM , and the Show Starts at 7:00PM . Candlelight Graveyard & Gallows Tour includes The County Museums. Macaulay Heritage Park (Church) is located at 23 Church Street, Picton, ON.