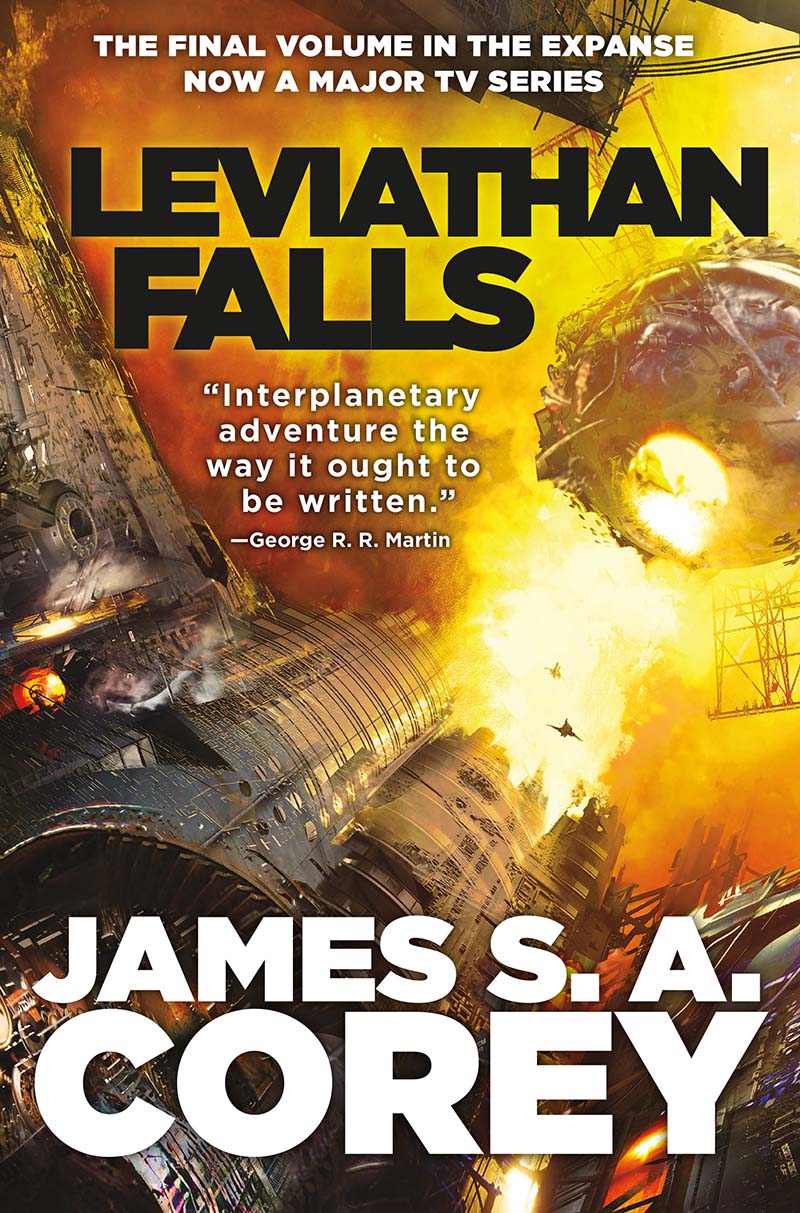 The biggest science fiction series of the decade comes to an incredible conclusion in the ninth and final novel in James S.A. Corey’s Hugo-award winning space opera that inspired the Prime Original series.

The Laconian Empire has fallen, setting the thirteen hundred solar systems free from the rule of Winston Duarte. But the ancient enemy that killed the gate builders is awake, and the war against our universe has begun again.

In the dead system of Adro, Elvi Okoye leads a desperate scientific mission to understand what the gate builders were and what destroyed them, even if it means compromising herself and the half-alien children who bear the weight of her investigation. Through the wide-flung systems of humanity, Colonel Aliana Tanaka hunts for Duarte’s missing daughter. . . and the shattered emperor himself. And on the Rocinante, James Holden and his crew struggle to build a future for humanity out of the shards and ruins of all that has come before.

As nearly unimaginable forces prepare to annihilate all human life, Holden and a group of unlikely allies discover a last, desperate chance to unite all of humanity, with the promise of a vast galactic civilization free from wars, factions, lies, and secrets if they win.

But the price of victory may be worse than the cost of defeat.

"Interplanetary adventure the way it ought to be written." —George R. R. Martin

JAMES S.A. COREY is the pen name of Daniel Abraham and Ty Franck. In addition to writing the novels and short stories of The Expanse, they wrote and produced the television series of the same name. Daniel lives with his family in the American southwest. Ty will tell you where he lives when and if he wants you to come over.

AJAY FRY is a Canadian media personality, comedian, writer and producer who has spent the last 15 years hosting TV and events across Canada. While he’s interviewed countless movie and TV stars, innovators and artists he’s most delighted when he gets to talk with the creative minds behind the stories we’ve fallen in love with. Having hosted Q&As with authors like Andy Weir (The Martian), Pierce Brown (The Red Rising series), and Erin Morgenstern (The Night Circus & The Starless Sea). Ajay is especially excited to talk with the masterminds behind The Expanse series.