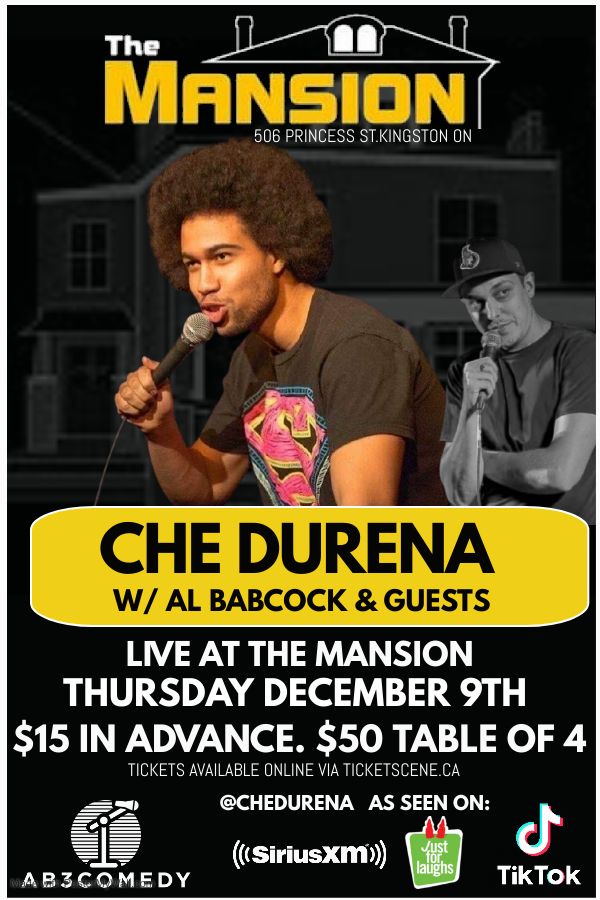 Come out and support the local Kingston comedy scene with one of Canada's top upcoming comedians and viral internet personality Che Durena.

Haitian Canadian comedian Che Durena was born and raised in British Columbia and is based in Toronto after spending time performing standup in Mexico. He has amassed a social media following of over 3 million with 66 million likes on his viral TikTok rants and commentary. Che has appeared on JFL All Access, Comedy Network, CraveTV and recently dropped his debut comedy album "Tales From My Butthole." His comedy offers an absurd angle on his experiences living abroad and his perception of matters like culture, race, relationships and drugs.

Catch him live in Kingston December 9th at The Mansion. Tickets available via ticketscene.ca