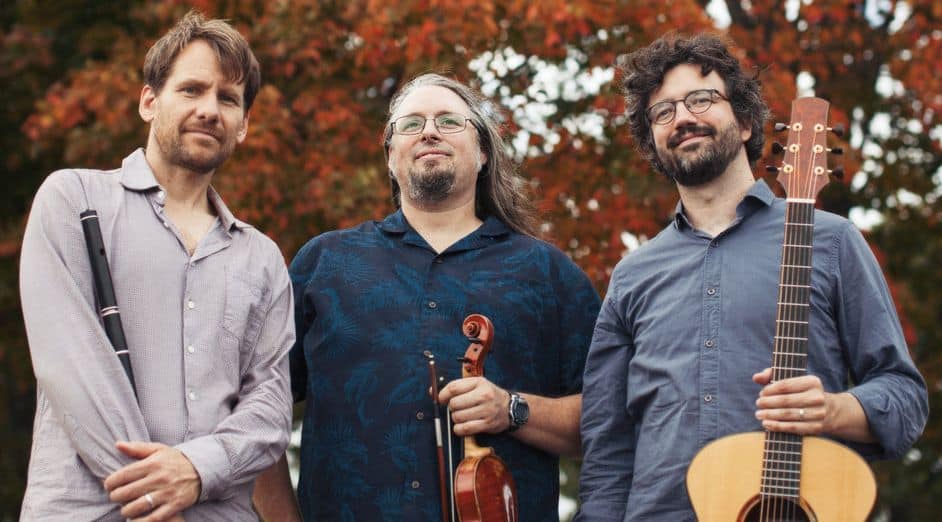 Over the past 20 years, Genticorum has released six CDs (their latest is “Avant l’Orage” – Before the Storm) and played over 1,000 concerts in more than 15 countries (They are especially popular in New England and are enjoying a growing fan base in California). During the pandemic Genticorum released a series of four EPs named after the months of September, October, November, and December (these are available for download on the band's website). Also, the band has earned four Canadian Folk Music Awards, several JUNO and Félix Award nominations, and the 2018 Opus Prize (from the Conseil des Arts et Lettres du Québec) for ‘best concert - traditional music.’ Genticorum had the honor and surprise to receive the 2020 Aldor Prize at La Grande Rencontre Festival in Montreal.