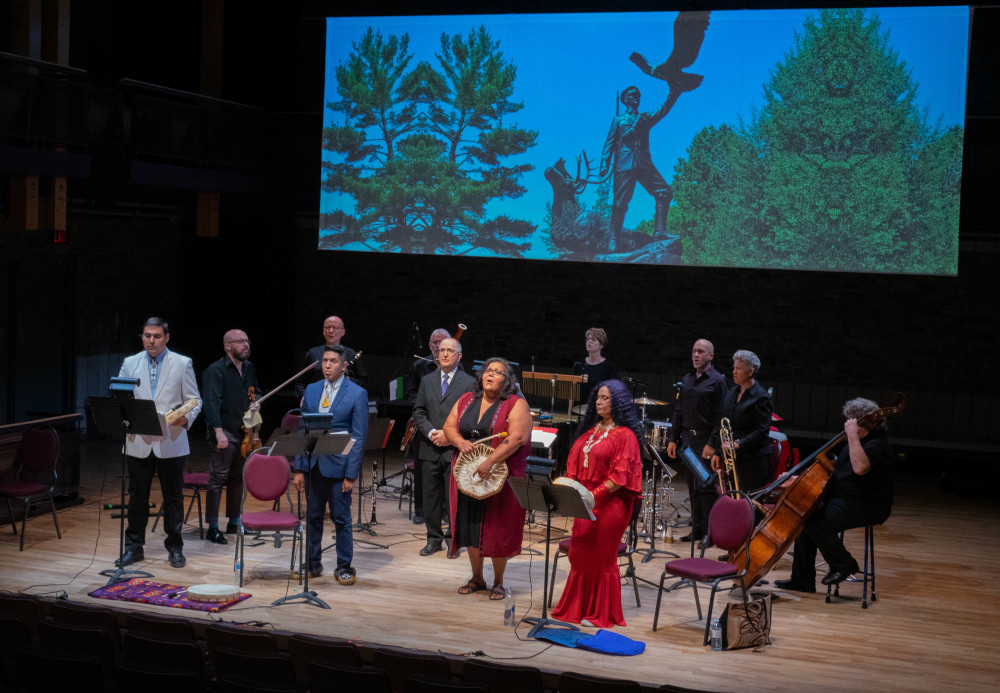 A musical journey into the life of the renowned Ojibwe WWI sniper and decorated officer of the Canadian military, Francis Pegahmagabow. Composed by Tim Corlis and written by Ojibwe poet Armand Garnet Ruffo, Sounding Thunder is a complex work divided into three acts, exploring Pegahmagabow’s early years immersed in the world of the Anishinaabe spirits, his extraordinary accomplishments in the trenches of WWI, and finally his political life as Chief of the Wausauksing Ojibwe and founder of the early Indigenous political moment in Canada.  Based on archival sources, and the book Sounding Thunder by Brian McInnes who provides new perspective on Pegahmagabow and his experience through a unique synthesis of Ojibwe oral history, historical record, and Pegahmagabow family stories, Sounding Thunder: the Song of Francis Pegahmagabow is a one of a kind musical-theatre experience.

Given the current Covid-19 situation, Stratford Summer Music will be requiring mask wearing at indoor venues when not consuming food or drink. If we revisit this policy in advance of our summer concerts, we will notify you via email. We thank you for your patience and commitment to keeping each other safe.