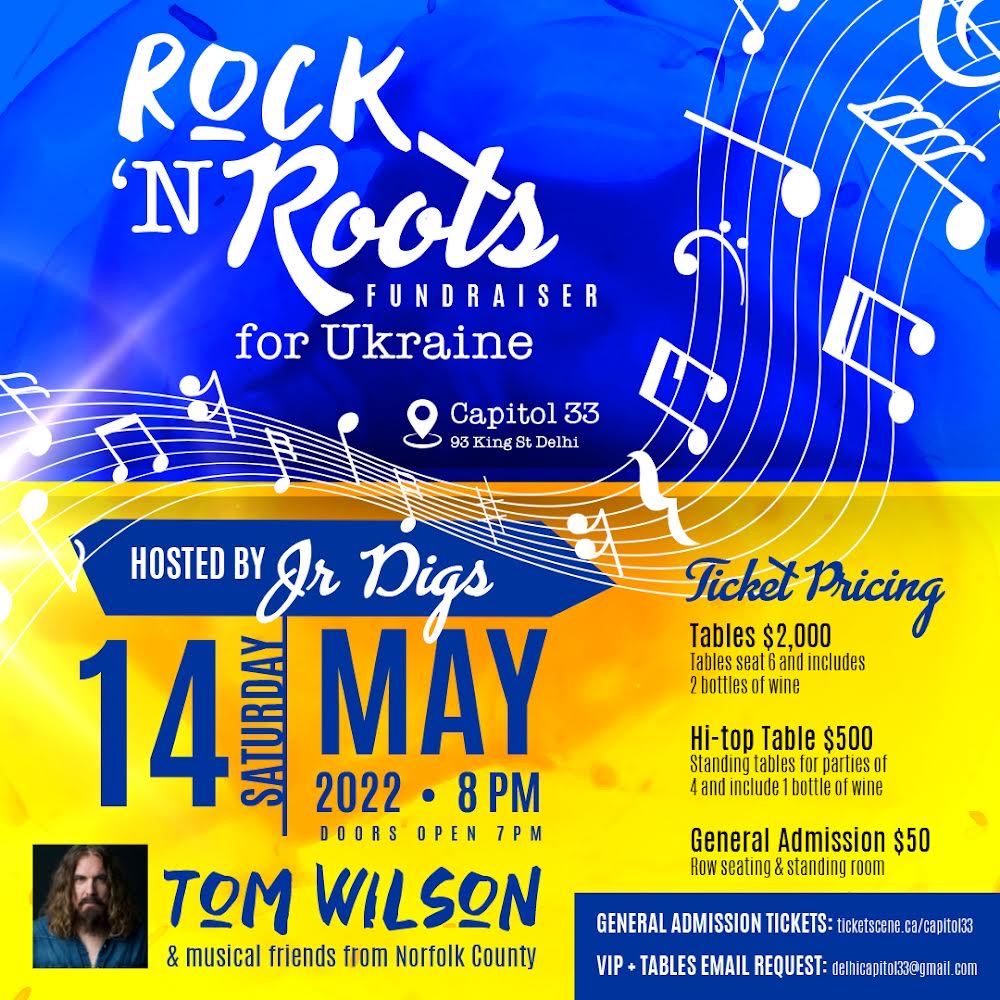 We welcome headliner Tom Wilson back to Norfolk County!

TOM WILSON is the best selling author of Beautiful Scars as well as a five-time Juno winning Canadian musician with multiple gold records.
He has written for and recorded songs with Sarah McLachlan, City and Colour, Jason Isbell, Colin James, Lucinda Williams, Billy Ray Cyrus, Matt Andersen, Mavis Staples and The Rankin Family. His band Junkhouse scored eleven top-ten hits in the 90's , and his iconic, Americana-fuelled Blackie and the Rodeo Kings has performed on stages from The Grand Ol Opry to Massey Hall and was widely publicized for their presence on George Bush’s iPod.
Tom’s most recent incarnation, Lee Harvey Osmond, has received extensive praise and airplay throughout the United States and Europe.
His art has shown in galleries in New York City, Vancouver, Toronto and more recently his paintings hang among esteemed Indigenous works from Norval Morrisseau and Christi Belcourt
The author lives in Hamilton, Ontario and is currently working on his second book BLOOD MEMORY for Penguin Random House books.
“I have unchained all the prisoners from my basement and freed the ghosts from my attic.I was the guy who ended up holding the keys to their freedom.It was me who let them out.It’s a job that no one else could do and one that comes with great consequence because these ghosts and prisoners are standing around me now all day, all night long.I told my truth the way I heard it and the way I remembered it and that’s all I have. Everything else is bullshit.” Tom Wilson
“Wilson’s painting is among esteemed Indigenous works from Maxine Noel, Roy Henry Vickers, Christi Belcourt, Norval Morrisseau, to name a few of the many who are part of the Eagles Rising campaign through Artists Against Racism.