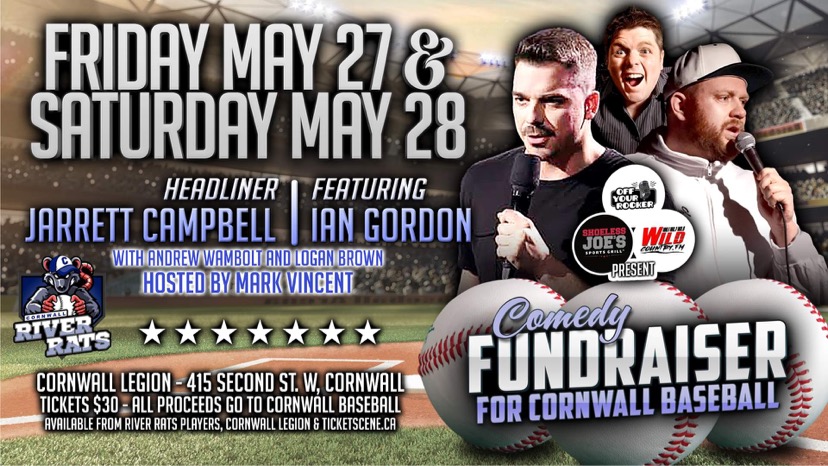 Presented by Off Your Rocker

Friday May 27th and 28th, Fundraiser for Cornwall Baseball at Legion Hall.

Cornwall Baseball is a non profit organization where the league and field is managed by volunteers.

Jarrett Campbell is a Canadian stand-up comedian. He is most noted for his 2019 comedy album Straight White Fail, which received a Juno Award nomination for Comedy Album of the Year at the Juno Awards of 2020.  He's appeared on Canadian Roast battle with Russel Peters, has performed on Just for Laughs, CBC and various Comedy Frstivals.  He is originally from the community of Maxwell in Grey Highlands, Ontario.