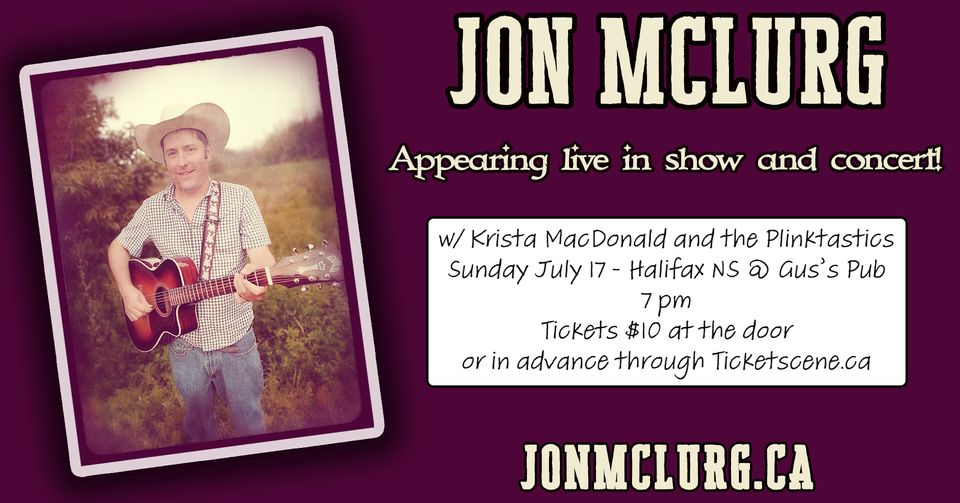 Jon McLurg and Krista MacDonald and the Plinktastics at Gus's Pub

Jon McLurg is a singer-songwriter based in Kingston, Ontario. Jon has been a staple of the local folk music scene for more than 15 years as a solo performer and member of Turpin’s Trail, Crooked Wood, and The Goodnight Irenes.

Jon McLurg and Krista MacDonald and the Plinktastics at Gus's Pub