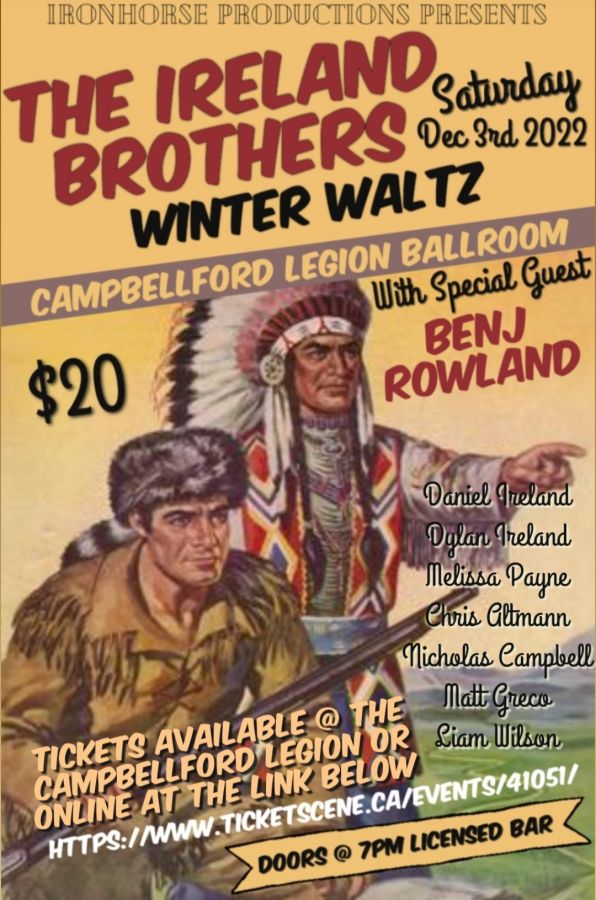 Daniel & Dylan Ireland
The Ireland Brothers were born in Peterborough Ontario Canada and raised in the rolling hills of Northumberland county. Coming from a musical family the brothers were never far from the stage. The band was formed in 2004 and has toured Canada extensively performing at theatres, festivals and of coarse the many legendary bars across the country. They've shared the stage with many great Canadian and international artists such as Greg Keelor and Bazil Donovan(Blue Rodeo), Stephen Fearing(Blackie & The Rodeo Kings), The Barenaked Ladies, Corb Lund & The Hurtin Albertians, Charlie Major, The Sadies, The Good Brothers, Justin Rutledge, Elliot Brood, Ronnie Hawkins Hawks and many more. In 2008 they released their debut album "Far From The City Lights" at one of their favorite venues The Dakota Tavern in Toronto Ontario. The Ireland Brothers bring a high energy show to the stage with their own twist of Folk-Rock Alt-Country Roots music.
"Its definitely a live performance to see"
A highlight for the brothers has been playing The Havelock Country Jamboree Canada’s Largest Live Country Music and Camping Festival in 2004 and again in 2009.
In 2013 Dylan Ireland formed the group "Express & Company" along with fellow Peterborough musician Melissa Payne. Express & Company's single "Carry me along" went to #2 on the CBC radio top 20 in 2013.
Dylan also released his first solo album "Every Other Night" in 2018.
The Ireland Brothers continue writing and performing today and look forward to seeing everyone down the road!