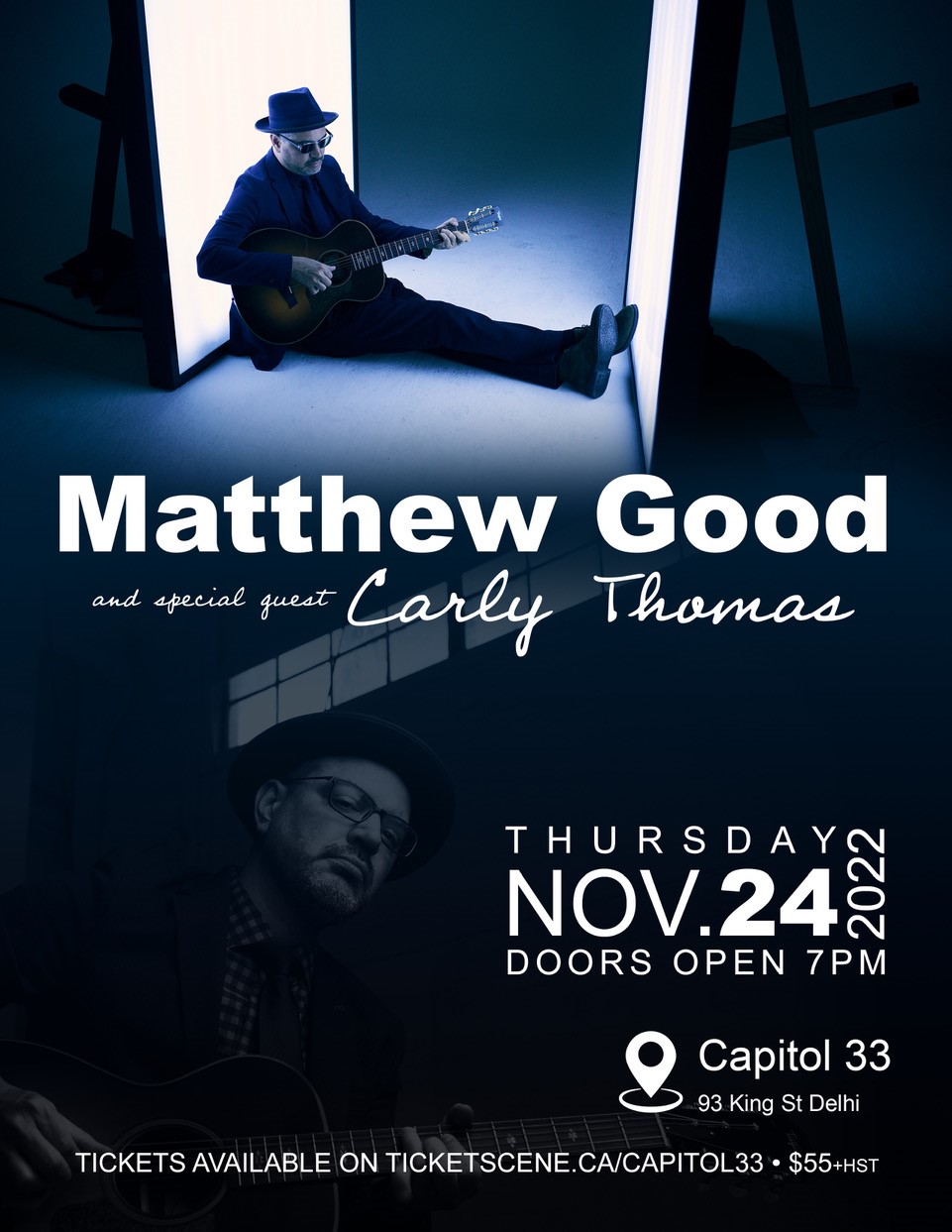 We are excited to welcome Matthew Good to Norfolk County!

Multi-platinum singer-songwriter Matthew Good is one of Canada's most recognizable and relevant recording artists. He began his professional career with The Matthew Good Band, one of the most successful Canadian alternative rock bands during the 1990s and early 2000s. Since disbanding in 2002, Good has enjoyed a successful solo career, releasing 9 studio albums and touring extensively through Canada, the United States, and the UK. His most recent album, "Moving Walls", was released in 2020.