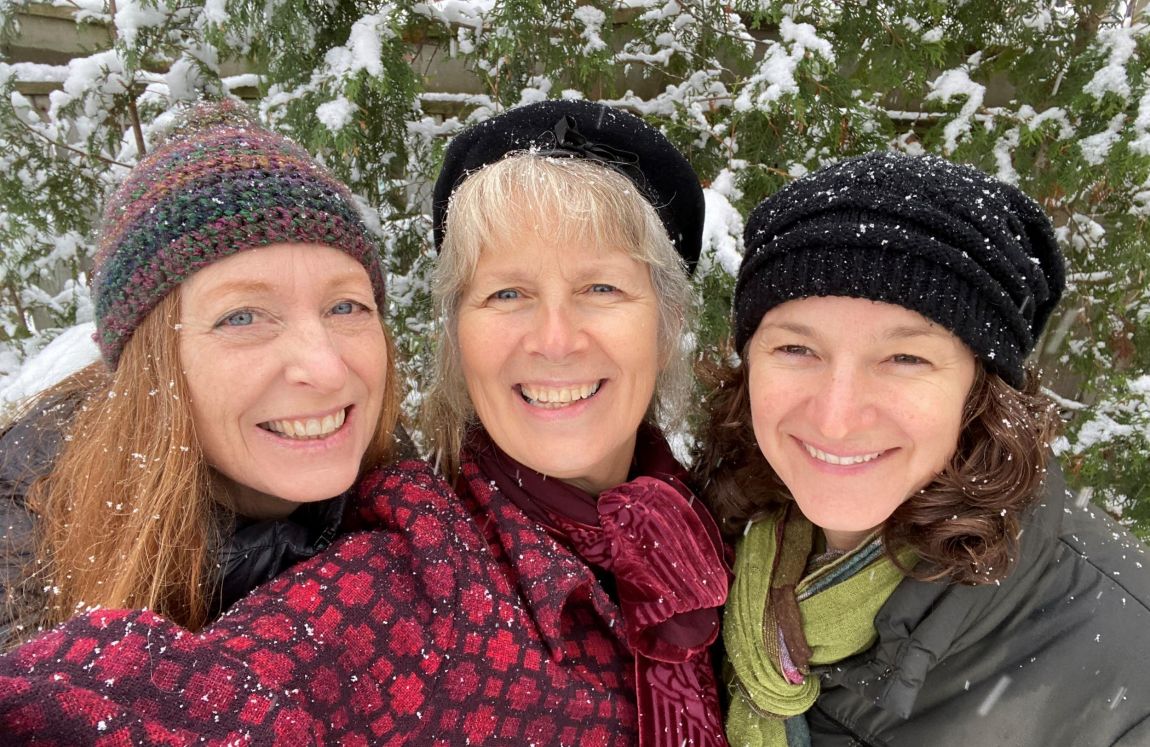 Boreal - "Songs for the Snowy Season"

Boreal is the magical musical collaboration of Tannis Slimmon, Katherine Wheatley and Angie Nussey. These three hard working singer-songwriters, each with their own longstanding, award winning careers, simply love playing music together. In the winter, Boreal shines their collective light on Canada’s coldest months with their show “Songs for the Snowy Season”.

The trio’s spell binding harmonies, combined vocal prowess and tour-de-force song-writing make for a powerful musical event. With humour, storytelling and heart melting honesty, Boreal takes their audience on a journey of friendship, laughter and connection.

Boreal began in 2006, when singer-songwriters Katherine Wheatley, Tannis Slimmon, and Jude Vadala gathered around Jude’s kitchen table with the idea to create a show that would kickstart the winter with excitement and joy. Since each member of the trio was busy with their solo career, their idea was to perform a small tour (literally a “two-er”) together each December. The audiences were enthralled and so the harmonious trio expanded their touring and took their show “Songs for the Snowy Season” to soft seat theatres across Ontario.

Their stage show eventually turned into a masterfully recorded album called “Winter’s Welcome” which was released in 2014.

In 2019, Jude Vadala lovingly retired from Boreal and was replaced by singer/songwriter/producer Angie Nussey who enjoyed one tour with Boreal before the world started to change.

In the more isolated months, and with the momentum of learning to work ‘together-alone’, Boreal began recording individual parts on songs from their respective home studios and were able to release Katherine’s “Snow Falls Down” in November 2020. They continued to work both together and alone through 2021 and plan to release a new winter CD in December 2022. It will be their first full recording with Angie, who’s songs “Shepherd of The Road”, “Snowball Fight of ‘92” and “Warm Hands”, bring a robust dose of first-hand winter experience.