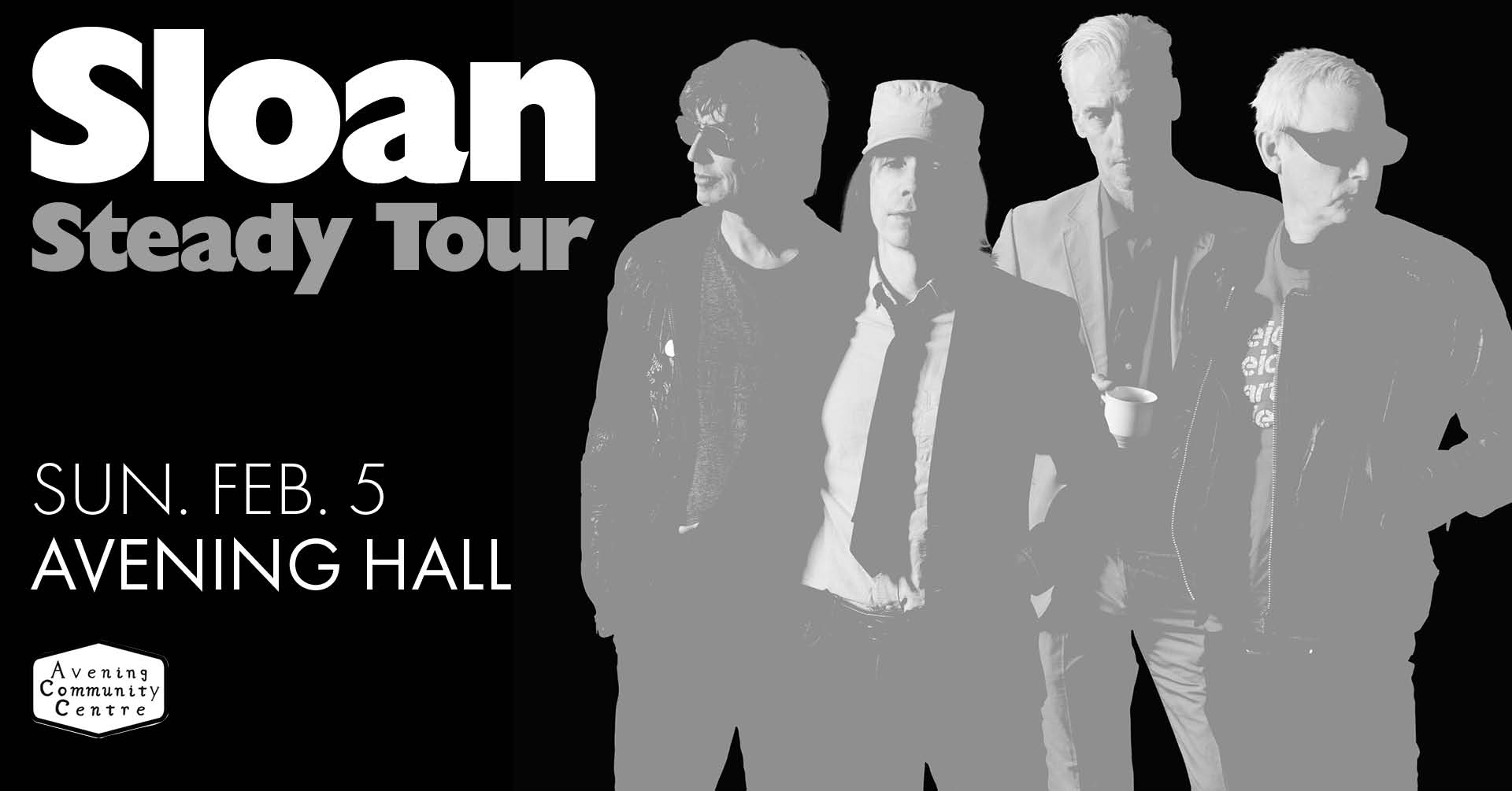 Presented by The Creemore Echo in partnership with the Avening Hall

Sloan is a Toronto-based rock band from Halifax, Nova Scotia who first performed in spring of 1991. Comprised of bassist and vocalist Chris Murphy, guitarists/vocalists Jay Ferguson and Patrick Pentland, and drummer/vocalist Andrew Scott, the quartet possessed a rare chemistry from the start. There are so many moments peppered throughout the 30-year history of Canadian indie rock heroes Sloan that set them well apart from the pack. From the band’s earliest home studio recordings that married their pop smarts with fizzy, fuzzed out guitars, right up to later efforts that contain multitudes in their track listings, ranging from Dylanesque streams of consciousness to short, sharp blasts of power pop - Somehow, it all remains quintessentially Sloan. The band are credited as being a main instigator for the Canadian East Coast alternative scene of the early 90s, garnering comparisons to the Seattle Grunge movement on the opposite coast. Over the course of their quarter-century career, Sloan have amassed an outstanding collection of over 250 songs and more than 30 singles with airplay at Canadian Rock Radio. Sloan have received nine Juno Award nominations and won for Best Alternative Album in 1997. The band was named one of Canada’s top five bands of all-time in a CBC critics poll.