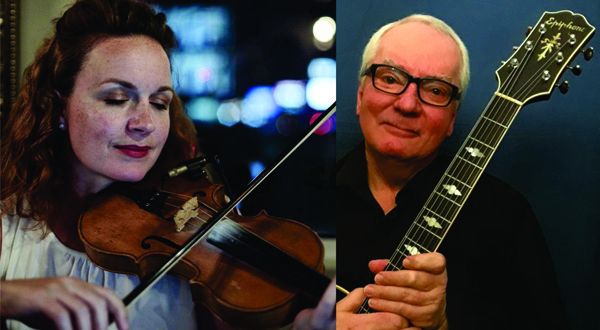 Tara and Larry are veterans of the London music scene but rarely are they featured in concert. This special evening will highlight the best of their extensive repertoire including Celtic favourites, Folk favourites, Standards and original compositions.

Tara Dunphy is a 6-time recipient of the Forest City London Music Award, was named to the Forest City London Music Awards "Fantasy Band" as favourite string musician. She is a 3 time Ameripolitan Award nominee, 2 time Academy of Western Artist Award nominee and winner of multiple national championships for traditional Irish music. Tara is a member of The Rizdales with husband Tom, and also co-leader of the new Celtic band Maggie’s Wake.

Born and raised in Toronto, Larry Smith has over 45 years experience as a professional musician. From his early years in the Toronto Roots scene, Larry knew that his life would always head in a musical direction and eventually that road led him to London. After many years on the road, Larry chose to start his own group and formed the acclaimed Canadian swing supergroup, The Jitterbugs. Larry is one of Southwestern Ontario's most sought after bandleaders & guitarists.