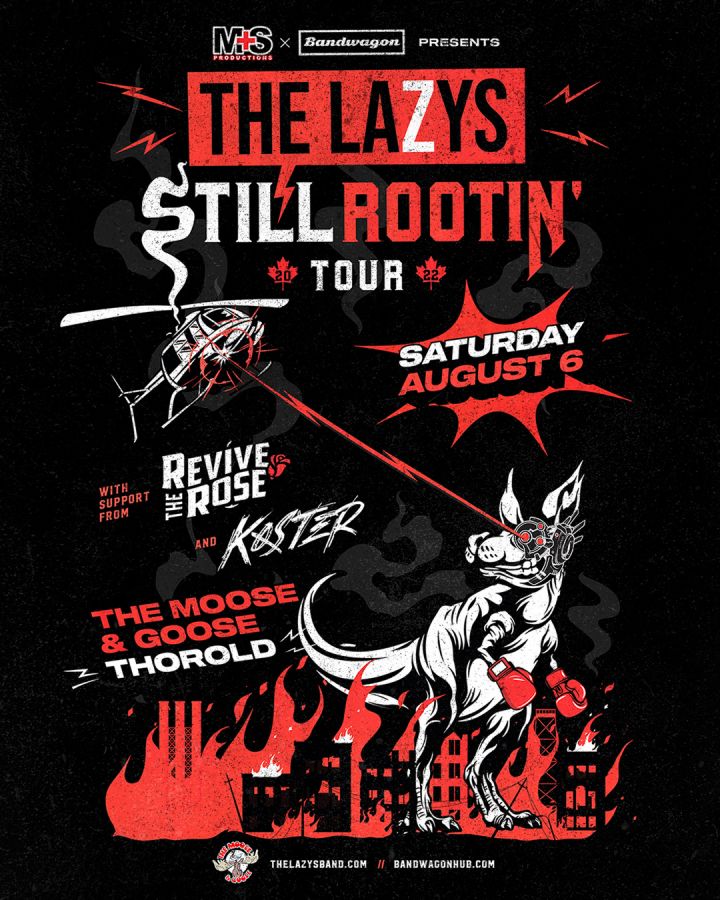 A wise man once said it’s long way to the top if you want to rock ‘n’ roll. If you’re The Lazys, it’s more like a long way across two continents and the world’s largest ocean. It was on Canadian soil these Australian rockers made waves by blasting the roof off Canadian Music Week in 2014 with 3 shows in 24 hours, capturing the attention of prominent booking agent Ralph James, who signed them on the spot, as well as Ian D’Sa (guitarist of Billy Talent), who then collaborated on ‘Shake it Like You Mean It’ and ‘Black Rebel’ both of which reached the Top 10 at active rock!

After 10 years of hard work and hundreds of shows, the band hit the studio and in 2018 emerged with Tropical Hazards, a hellraising rock ‘n’ roll riot that sent them criss-crossing Canada, the UK and Europe in a balls-out ascent to become one of the most talked about live acts wherever they took the stage. Selling out shows and performing at major festivals including Wacken and Summer Breeze, amassing an army of fans in every country they set foot in. Post pandemic, expect to see a lot from The Lazys… The new era of rock n roll has begun!