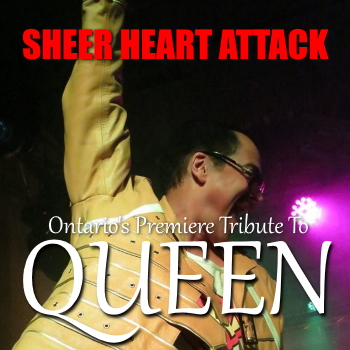 Named after Queen's 3rd studio release and formed in 2016, Sheer Heart Attack is sure to entertain you with their stage performance, and musicality performing some of the best music by Queen, playing not only their well-known hits but some of Queen’s amazing B sides and some of their more mystical songs. With 4-part vocal harmonies, technical musicianship that comes with decades of playing, and the 4-octave range of Jason Orton as their "Freddie" you're sure to be in for a night to remember.