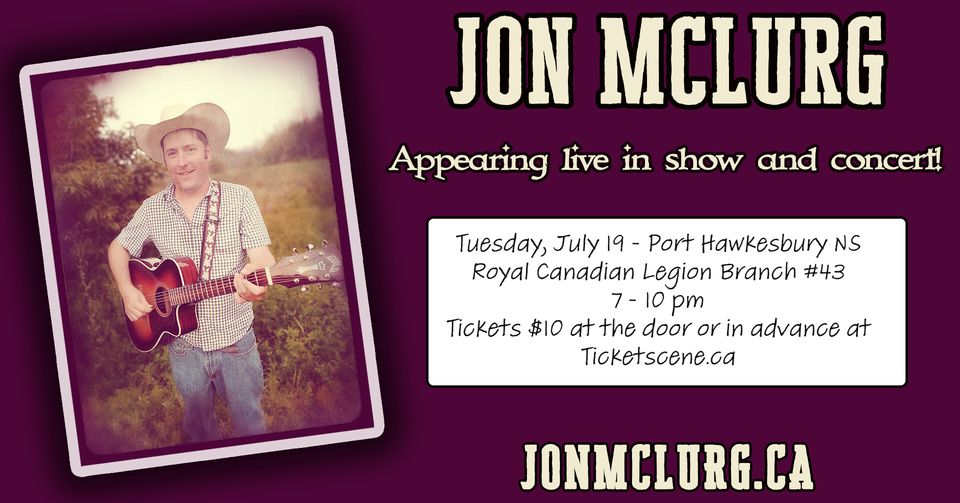 Jon McLurg is a singer-songwriter based in Kingston, Ontario. Jon has been a staple of the local folk music scene for more than 15 years as a solo performer and member of Turpin’s Trail, Crooked Wood, and The Goodnight Irenes. He has recorded four solo albums of original material, including his most recent album, North Star, released in 2020.