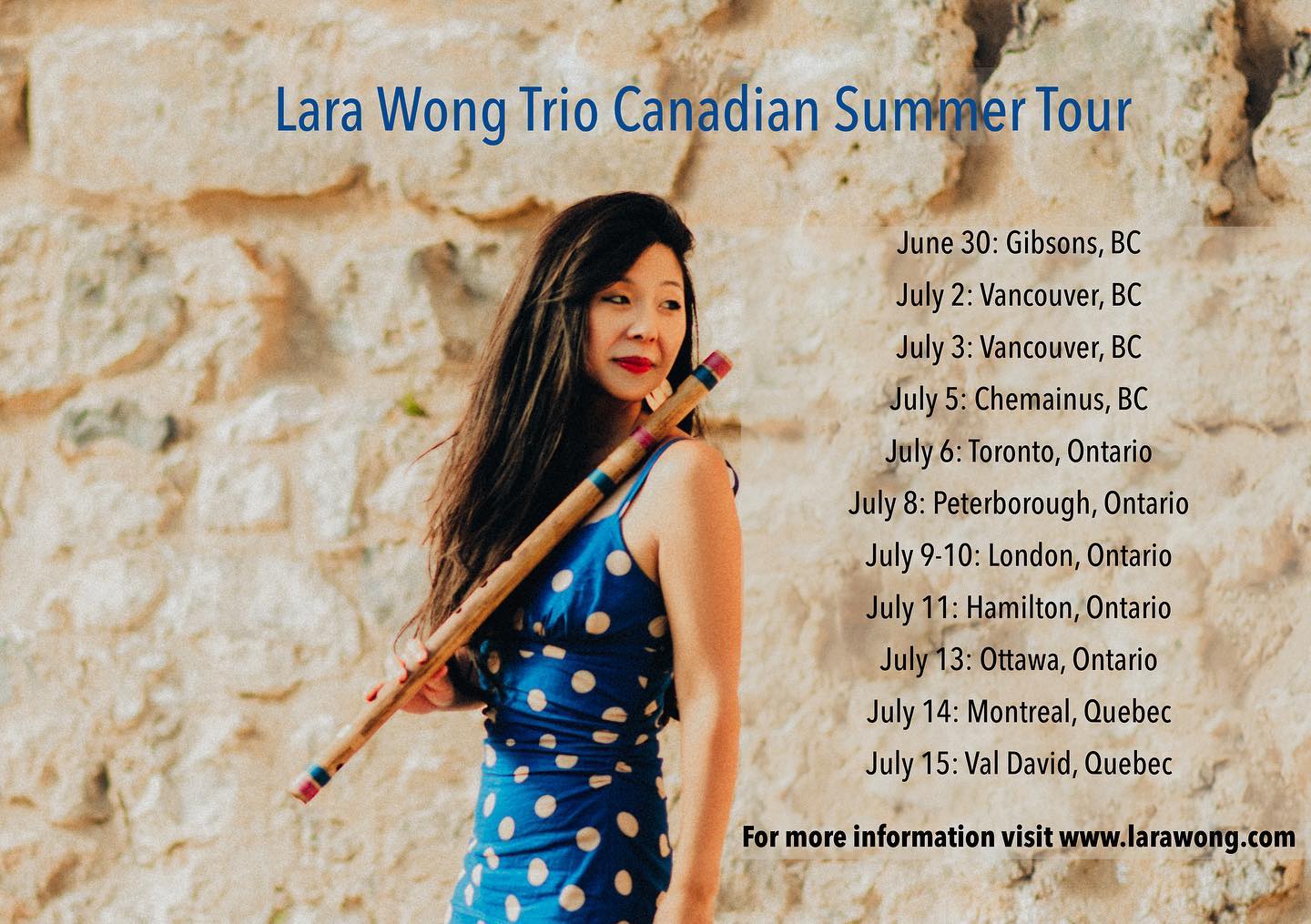 Born and raised in Canada, flamenco flutist Lara Wong now makes her home in Madrid, Spain. Today she is one of Spain's top contemporary flamenco artists, captivating the flamenco world using an unexpected protagonist : the flute and bansuri (Indian bamboo flute). In 2021 she became the first woman to win the prestigious “Filon Minero" award for best flamenco instrumentalist at the Festival Cante de las Minas, Spain’s most important flamenco competition. She was also the first foreigner to win in any category in the festival’s 60 year history.

The trio features Melón Jiménez on flamenco guitar, Ivan Mellén on percussion, and Lara Wong on flute and bansuri. The dynamite encounter of these three extraordinary artists results in a treasure chest of musical gems that have their origins in flamenco and are embellished with Indian and Jazz influences. Mystical melodies on bamboo bansuri flute and exploratory improvisations on traverse flute are accompanied by dazzling flamenco guitar riffs and sophisticated rhythms on percussion.

This is the quartet's first cross-Canada tour. On this tour, they are presenting Lara's new album, "Rosa de los Vientos" (Rose of the Winds) which her and her guitarist, Melón, who is also her life partner, recorded in Madrid last February.

Melón Jiménez is one of the most notable guitarists in the current flamenco and world music scene in Spain today. He is both devoted to the tradition of his Andalusian gypsy roots and also, to the innovation of the flamenco guitar, meticulously translating techniques from the sitar, slide guitar, and African gimbri to his guitar. He has toured with renowned musicians like Anoushka Shankar, Chuchito Valdes, Jorge Pardo, Richard Bona, Enirque Morente and Armando Manzanero. This year, he became a finalist in the prestigious "Paco de Lucia" award.