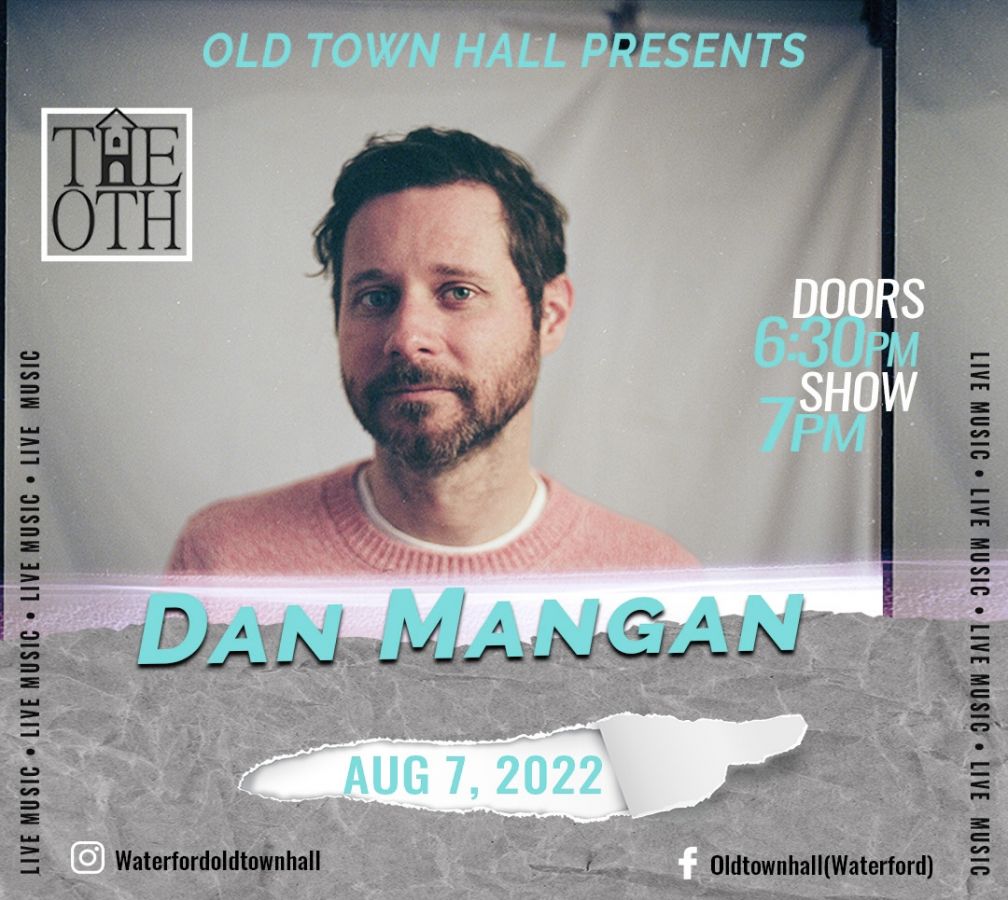 We are very excited to welcome Dan Mangan to the Waterford Old Town Hall!

Dan Mangan is a two-time JUNO award winning & two-time Polaris Music Prize listed musician and songwriter. He lives in Vancouver, British Columbia with his wife and two sons. He has released 5 studio LPs on Arts & Crafts, and toured extensively in North America, Europe & Australia. Dan also scored the feature film Hector And The Search For Happiness starring Simon Pegg as well as television shows for Netflix and AMC. In 2017, he co-founded Side Door, a community marketplace platform matching performers withspaces to create shows anywhere, including interactive ticketed online shows.