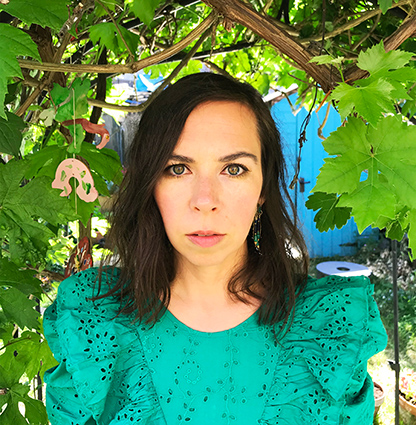 Multi-instrumentalist / composer / songwriter Ashley Paul lands in Toronto in support of her newest outing on Orange Milk Records "I Am Fog". Paul's songs move with slow fragile beauty encompassing elements of free jazz at glacial pace. Her music is full of thought and sorrow while not without celebratory moments. Understated guitar notes glisten as they just grace the song's structure as if making a brief stop only to float off elsewhere. Squeaking saxophone whispers slip through the music like tears. Don't miss this rare performance by a truly singular storyteller.

Guitarist & singer Ethier's laid back folk tunes ripple with casual sonic artifacts behind his gentle guitar tone. His latest trilogy of albums of Toronto's Telephone Explosion label sees him embrace an airy flowing style of songwriting, letting his voice lead as acoustic guitar notes swim with synth flourishes. The music is full but light at the same time. Come see this former Deadly Snake in his element.

Nick Storring celebrates the release of his new album, Music from 'Wéi 成为' on Orange Milk Records with a return to the live arena. Storring creates methodically full electro-acoustic compositions turning forgotten piano notes into an echoing tidal wave of sonic texture. Playing with errant tones and hums he builds a sonic landscape full of depth and mystery. Nick's music is never without a hint of playfulness. A sonic assembler taking you on a tour of his discoveries.