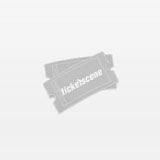 The KiLLeR DWaRFs were formed in the fall of 1981 from the ashes of vocalist Russ “Dwarf” Graham and drummer Darrell “Dwarf” Millar’s club bands in Toronto, Ontario, Canada.

Their breakthrough in the United States came when San Antonio based radio personality Joe Anthony started spinning their album on a regular basis. This came much to the delight of hard rocking Texans. This planted the seeds for what would result in KiLLeR DWaRFs receiving a lot of attention south of Canada's border.
It would be three years before the follow-up was released; due in part to Bryce and Ange leaving the band. They both left the band in 1984 to be replaced by Mike “Dwarf” Hall and Bad Ronbo “Dwarf” Mayer.

The band soon cut the iconic and now highly sought after album STAND TALL in '86 on Maze/A&M Records in Canada, and Grudge Records stateside. The KiLLeR DWaRFs toured relentlessly in support of it. The first single, "Keep the Spirit Alive," was an anthem of the times.

Much Music’s new Pepsi Power Hour provided substantial airplay for their hits "Stand Tall " and “Keep The Spirit Alive” in Canada, while MTV provided great American exposure for the band. MTV soon put the band's videos for "Keep The Spirit Alive" and "Stand Tall" on a 13-week rotation allowing the album to sell an unprecedented 80,000 copies during that time. (It has now surpassed the 100000 units sold and has sold on eBay for as much as $500!)

By the spring of 1987, the video became the most requested video on MTV, setting a record that would take years to overcome. It still holds the record for MTV's most-requested independent video of all time. A second video Stand Tall was greeted with similar accolades. The exposure led to Russ hosting the MTV "Head Banger's Ball" with Rob Halford of Judas Priest in 1987. With the addition of national tours of the United States and Canada, the exposure got the KiLLeR DWaRFs noticed and brought Sony/Epic Records to their door offering a multimillion dollar worldwide recording contract.

The KiLLeR DWaRFs first album with Sony/Epic was BIG DEAL. It was recorded again in Toronto and produced by Simon Halhart, whose previous credits included the likes of Saxon and Marillion, Big Deal continued on the road the band had paved for itself with hits like "Starting To Shine", "Power" and the anthem-like "Desperados" assisted the single "We Stand Alone" in showing the world the KiLLeR DWaRFs were a world-class metal outfit. That year they went on tour to support Iron Maiden across Europe on a sold-out tour and appearing at several outdoor rock festivals here and overseas.

Released in 1990, the resulting album sported 'Doesn't Matter' – The Killer Dwarfs first radio hit in the USA. The song went to #1 in thirteen cities, including two major stations in Los Angeles. The title track, 'Dirty Weapons,' also became a smash hit and a standard on MTV's Headbanger's Ball program In 1991 The KiLLeR DWaRFs were nominated for a Juno award for Best Hard Rock Group bought lost out to Rush.

In 1992 the band released the album Method to the Madness also with Andy Johns in the producer’s chair. Mike Hall was replaced by Gerry Finn to take over the guitar duties.

This album was touted to be one of the best hard rock albums Canada ever produced, including the title track, "Hard Luck Town" and "Cowboys and Conmen " along with the chart-topping "Driftin Back" power ballad. After a few years of touring in support of Method to the Madness, the band parted ways with Sony/Epic.

The KiLLeR DWaRFs decided to have a “Reunion” in 2001 to tie up some loose ends from the past. They recorded a Live CD/DVD in their hometown of Toronto, Ontario, which was simulcast live across to locations in US and Canada. This allowed the band almost 4 years of dates in North America. Reunion of Scribes became a much sought after release and has recently been re-released in 2013 to the fans delight.