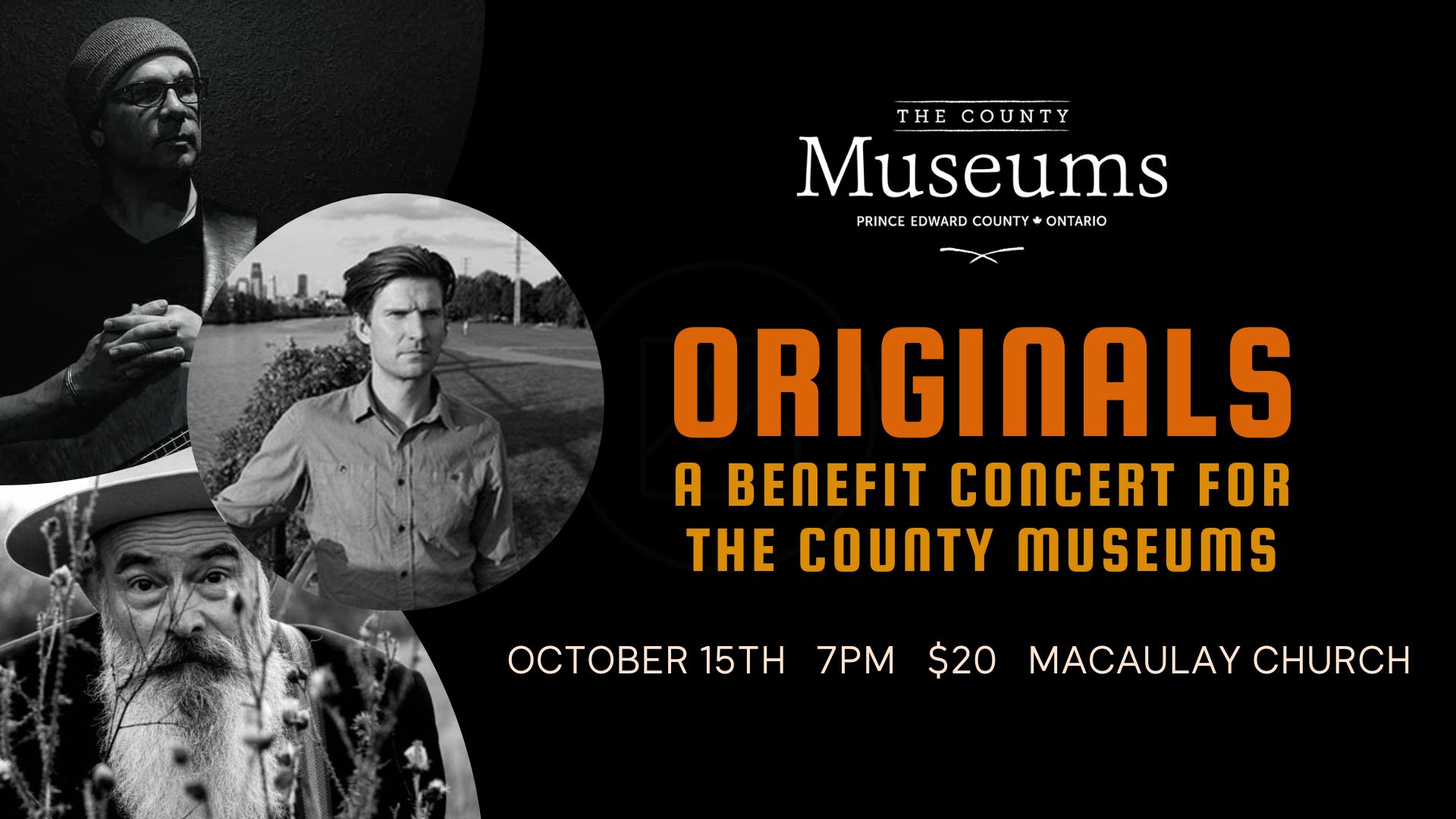 Originals: A Benefit Concert for The County Museums

Join us at Macaulay Church on Saturday October 15th for Originals a Benefit Concert for The County Museums featuring Jeff Louch, Kris Tischbein, and Andy Forgie!

Jeff Louch of Montreal’s Victory Chimes will be performing a solo concert as part of his “When The Fog Rolls In” new album tour! This latest Victory Chimes’ album, “When The Fog Rolls In” was recorded in Banff, Alberta, inspired by the vast mountain landscape and unique energy that exists there. The new songs Jeff describes as “further down the rabbit hole of psych synth layers, sub bass drones, hypnotic hip hop drums and lyrical colouring from the macabre to blissful fantasy with styles stretching from narrative to stream of consciousness to absurdity." Jeff also shares his talents in The Jake Clemons Band!

Andy Forgie has been on the scene in varying guises since the 70’s. He has recorded for Quality Records, Buddah Records & Capitol/Parlophone Records: as the lead vocalist/composer for the bands Creed & Photograph. He promises us a set of original songs of hope & love (both lost & found). With, a couple of blasts from his Creed & Photograph past!

Kris is driven by his desire to put a spotlight on the bass guitar and share his love of the instrument. He is actively recording a third solo bass album after releasing two full-length solo albums, The Weave and The String Theory during the pandemic. Michael Manring (one of the world's leading solo bassists) describes Kris as ""A sensitive musician with deep skills and a big heart. His intelligence, dedication, and creativity enrich all the projects he undertakes and gives his music a unique beauty. I feel lucky to call him a friend."

Originals: A Benefit Concert for The County Museums