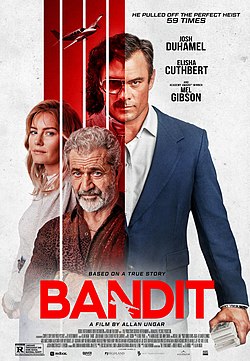 The movie, titled “Bandit”, is based on the true crime novel The Flying Bandit which brings you the story of Canada’s Most Daring Armed Robber Gilbert Galvan Jr. or “Robert Whiteman” as he was known to his Canadian family and friends. Gilbert Galvan Jr. escaped from prison in the US and made his way to Canada where he assumed his new identity, fell in love, married, and portrayed himself as a travelling security consultant. However, unbeknownst to his wife, he was leading a double life!! When he left on those so called “business trips” he was flying across Canada and successfully pulling off over 60 bank robberies and jewellery heists. Dubbed “The Flying Bandit”, he became Canada’s Most Daring Armed Robber who never fired a shot….

8 Other Events in this Series