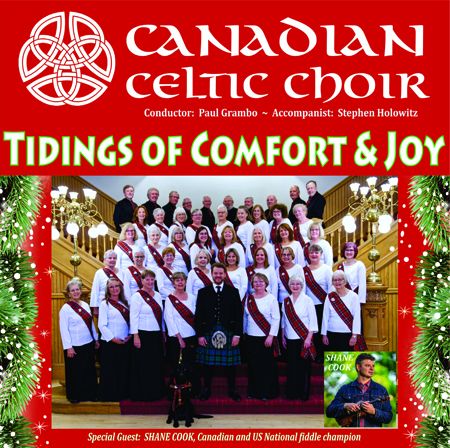 The CCC is a London-based SATB choir of more than 45 voices and was founded in 1996 by Dan Surman, BFA (Specialized Honours Music), B.Ed, to sing and promote Celtic choral music and culture in Southwestern Ontario. The Choir has provided the city of London and surrounding communities with high quality choral music for more than 25 years and has built a solid reputation as one of the most in demand choirs in this area. Since 2020 the CCC has been conducted by Paul Grambo and this season we welcomed our new accompanist by Stephen Holowitz on piano.