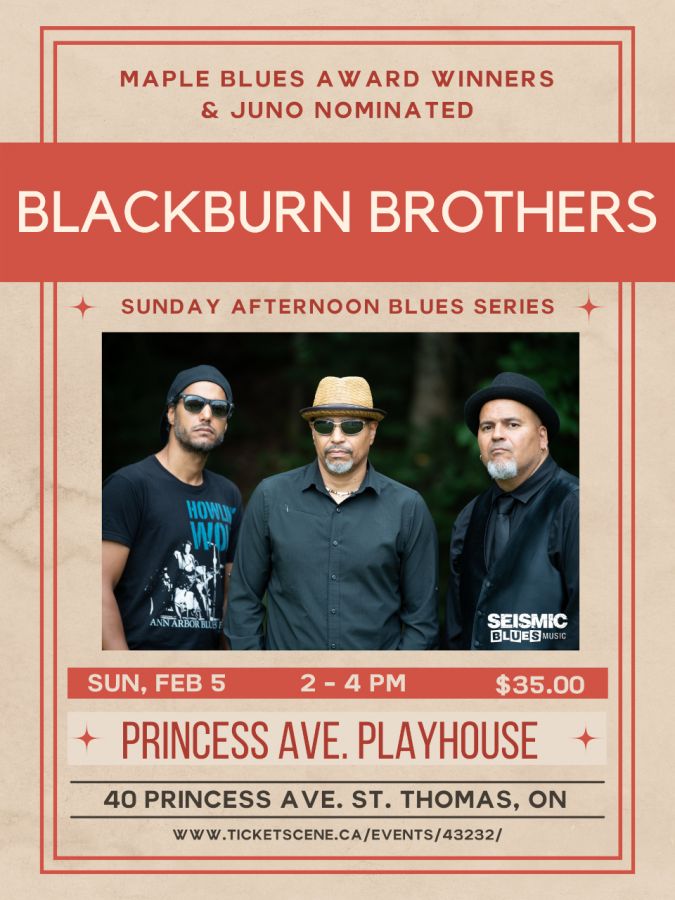 An obvious uniqueness that identifies and sets apart the band is that Blackburn is a band of brothers – literally. Duane (lead vocals), Brooke (guitar), Cory (drums) and Robert (harmony vocals and songwriting on the newest release) all share the Blackburn name; a name that has become truly connected to Toronto music history.

Musically, the Blackburn name has been forever imprinted in our ears by Bobby Dean Blackburn, an R&B artist who gained legendary status in the Toronto music scene, performing the city circuit for over 30 years. Beyond the music, other history runs deep too. The Blackburn name is tied to the history of the Underground Railroad, and there is a direct connection to the musical talents that we know and listen to today. A thread of Soul in almost every track the band records.

* CDs will be available for purchase *