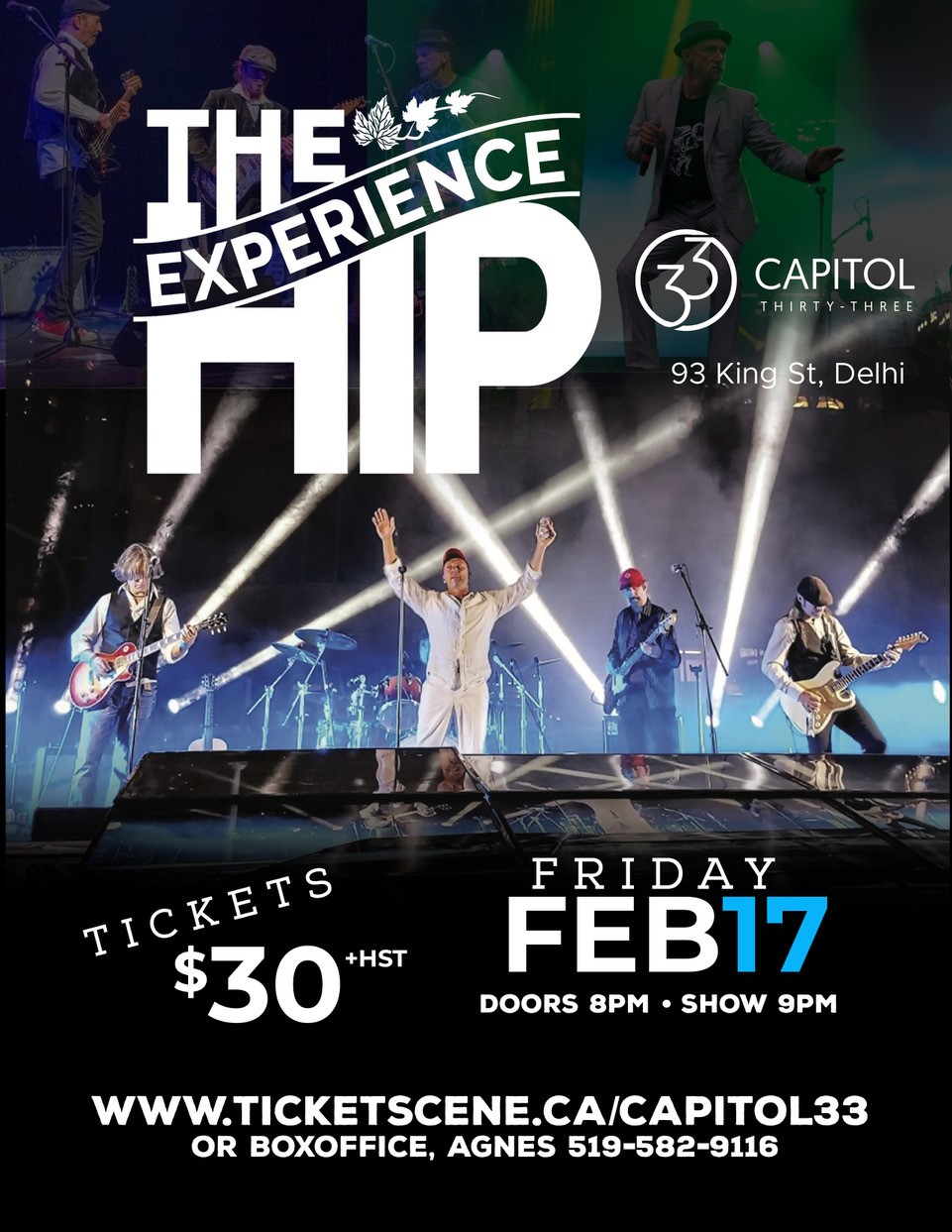 The HIP Experience was formed in 2017 shortly after the passing of Gord Downie in October of that year. The band was originally put together for a memorial tribute concert to the Canadian Icon. The first show at Toronto's Rockpile in November of that year went over incredibly well. Then there were calls for the band to play some more shows and so it continued with one goal in mind, to establish the Nation’s most authentic Tragically Hip show. Frontman Derek Lathrop leads a group of Toronto's finest players; Dave Deveaux on lead guitar/vocals, Ian B Garcia on rhythm guitar/vocals, Paul Whiteside on bass/vocals and Dale Harrison on drums. Since forming in 2017 the band has wowed audiences from coast to coast. They were one of the first bands to perform a hotel concert during the Lockdowns with concert promoters Hotels Live. The Hip Experience is a crowd favourite at festivals with their high energy delivery of the Tragically Hips music. The bands performances capture the spirit of the Hip with great attention to detail and the nuances of the music.

Together, this band realized what decades of experience can accomplish. Often playing the songs in chronological order, the HIP Experience has been travelling the country spreading the gospel of one of our Nation’s ageless prophets and voice for indigenous people’s, Gord Downie.

The Hip Experience Presented by Capitol 33