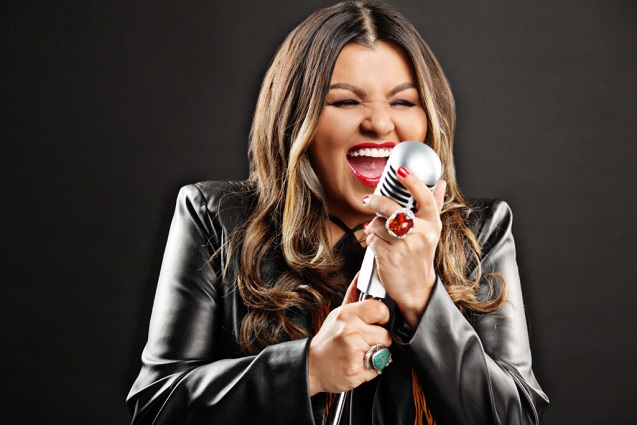 Juno Award-winning powerhouse Crystal Shawanda is back with her latest studio album, Midnight Blues, on True North Records. Her latest fiery blues collection showcases her full-throttle raspy voice, unmatched in today’s musical landscape, and an authentic appreciation for the genre dating back to her youth.

“Growing up, all of my favorite music had these breadcrumbs that led me to the blues,” Crystal says. “I often quote Willie Dixon: ‘Blues is the roots and everything else is the fruits.’ Even in today’s pop music, there’s all this influence that derives from the blues. I was just always really attracted to the rawness and the realness of the blues.”

Produced and engineered in Nashville by her husband and long-time collaborator Dwayne Strobel, Midnight Blues — her eighth studio album, and fifth since switching from a chart-topping career as a country artist —  is a collection of original songs, such as the seductive-sounding rocker “Midnight Blues,” swampy dancefloor groove “Rumpshaker,” and gentler “Take A Little Walk With The Moon,” as well as covers of the Howlin’ Wolf classic “Evil” and her take on Celine Dion’s hit “That’s Just The Woman In Me.”

“This is absolutely my favorite album I’ve ever recorded because I feel like my husband put me in a picture frame,” says Crystal. “He really captured who I am as an artist. He let my vocal shine. He brought out the best in me and all the songs that we wrote really capture my live show and who I am.”

The Back Alley Bar and Grill
18 Princess Ave, St. Thomas, ON