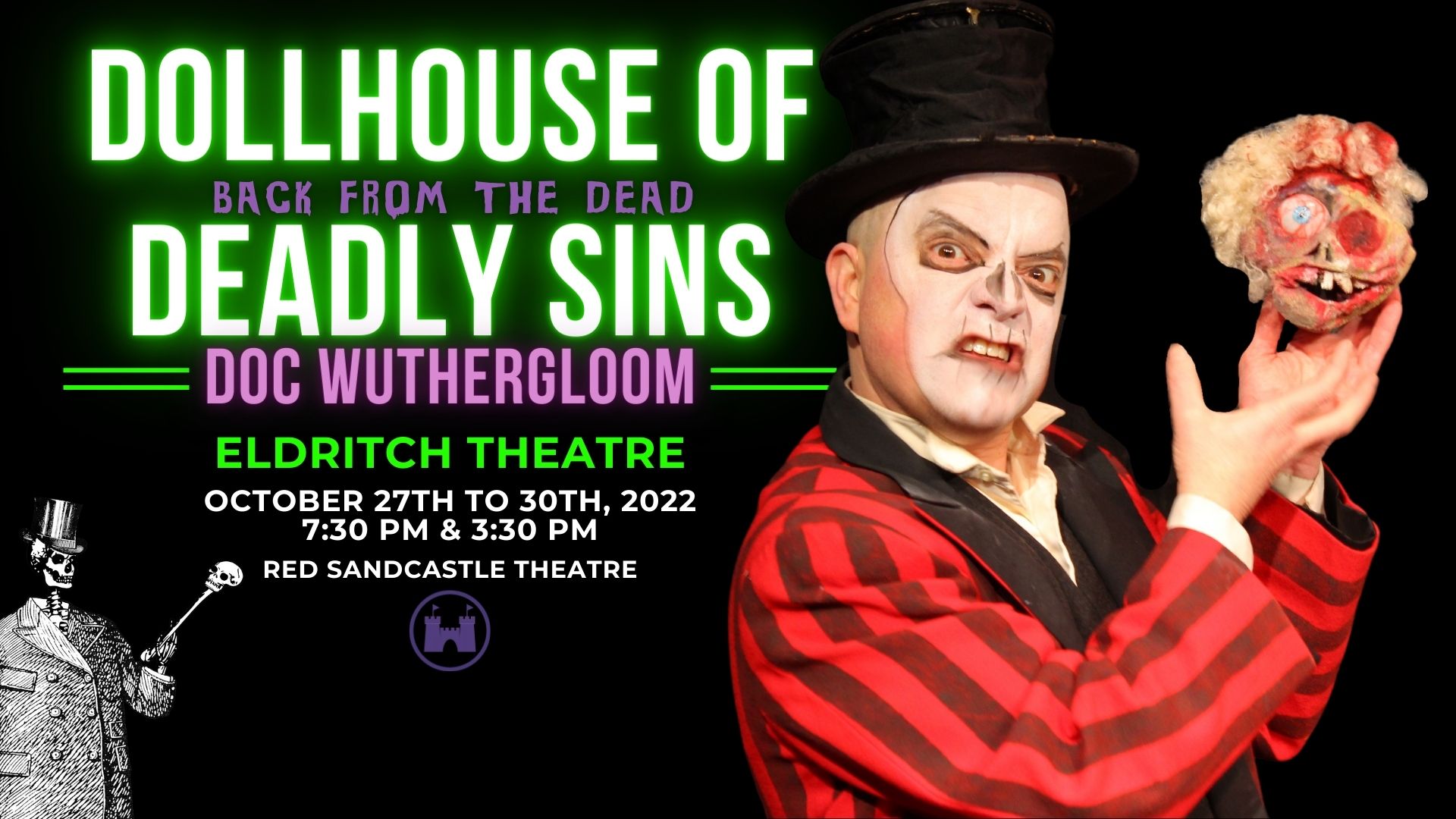 BACK FROM THE DEAD

A Halloween tradition of curses, magic, and puppetry... The red door opens at The Red Sandcastle Theatre to reveal Doc Wuthergloom, Eldritch Theatre’s resident necromancer, presenting an evening of demented puppetry and feats of dark parlour magic which tell blood curdling cautionary tales of foolish mortals whose sins beget their grim demise, both in this life and the grim here-after. Recommended for those with mature and jaded hearts.

“In the world of punk-tinged, Victorian-gothic puppeteering, Eric Woolfe must rank near the very top.” - The Globe & Mail

We will be at our castle, The Red Sandcastle Theatre, and by gathering in person we must adhere to the rules: https://redsandcastletheatre.com/covid-safety-protocols/